Youth in the highlands of Ethiopia have been encouraged to take up farming by participation in an Alliance-facilitated pilot scheme focused on small-scale irrigation.

February 2020: In the small Kebele of Angolela, in the North Shewa Zone of Basona Werena Woreda, a group of 12 youth were engaged in successful production of income generation crops using small-scale irrigation. This exercise was a result of several discussions (Fig. 1) among the youth, Woreda agriculture experts in the field of agronomy and horticulture, and a team from the Multifunctional Landscapes Level of the Alliance of Bioversity and CIAT. The discussions sought to explore ways in which the youth could earn income from irrigation agriculture using their family farmlands during the off-season (January – May) in the highlands of Ethiopia.

In the highly populated highlands of Ethiopia, where farmland is scarce, youth are usually disengaged from any meaningful activity associated with farming. The small size of their household land is often not enough to engage all the family members to make meaningful contributions towards enhancing food security. Lack of land and associated employment pushes youth towards urban areas, creating pressure on the latter. Devising ways such that the youth in the rural areas can engage income generating activities can resolve multiple crises: migration from rural areas and pressure in urban areas. One of key interventions in this regard can be promoting irrigation schemes.

The discussion took advantage of existing water harvesting ponds in their localities, which had not been used for irrigation purposes. Two small water-harvesting ponds that had been constructed for multipurpose use by the government through the agricultural transformation program (AGP) were chosen for this purpose (Fig. 2). 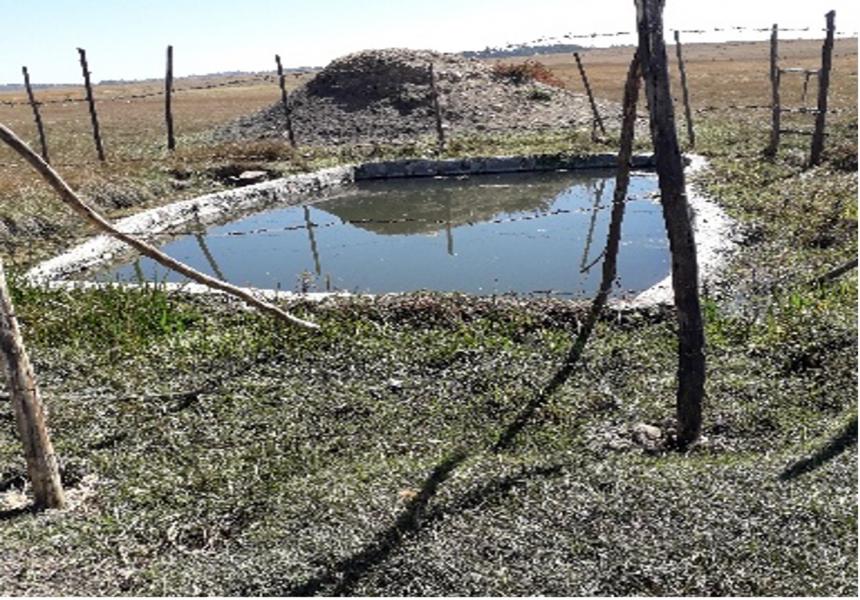 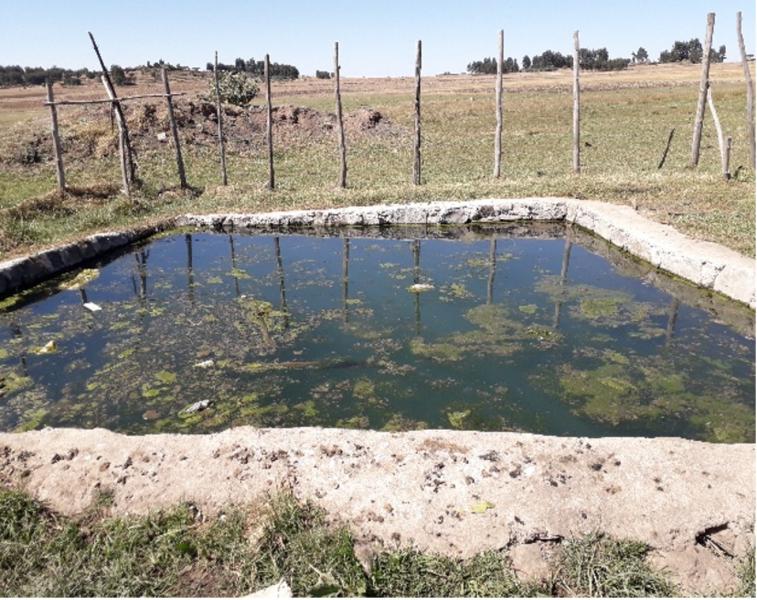 Figure 2. Small water harvesting ponds with potential use for irrigation.

Considering that youth generally lack adequate resources and are less resilient, it was necessary to make sure that their upcoming engagement in irrigation would be worthwhile. “It was essential to visit the sites and get an overall idea of the volume of water available, the potential to irrigate and whether the available water can be used to irrigate adequate farmlands in a reliable manner”, explained Lulseged Tamene of the Alliance. The team of experts visited the site to assess and decide how many of the youth members can irrigate how much land with different crop types. Following the discussions with the locals and youth as well as the Woreda experts, an agreement was thus reached to engage about 10-15 farmers to start small-scale irrigation using the available two small ponds. Considering the available storage and refilling rate of the ponds after using them for livestock, it was agreed that the ponds can be used to irrigate up to 10 ha of land. The team also agreed on the pump and hose method as the preferred option to reduce seepage and evaporation loss. The Alliance provided support to maintain existing pumps and buy hoses so that the youth could use a pump toowHThe T T uplift water from the ponds and convey water to the farmlands. Given the amount of water available and market opportunities, the youth suggested to plant four commodities such as common beans, potatoes, onions, and carrots. This scheme was able to benefit a dozen youth. 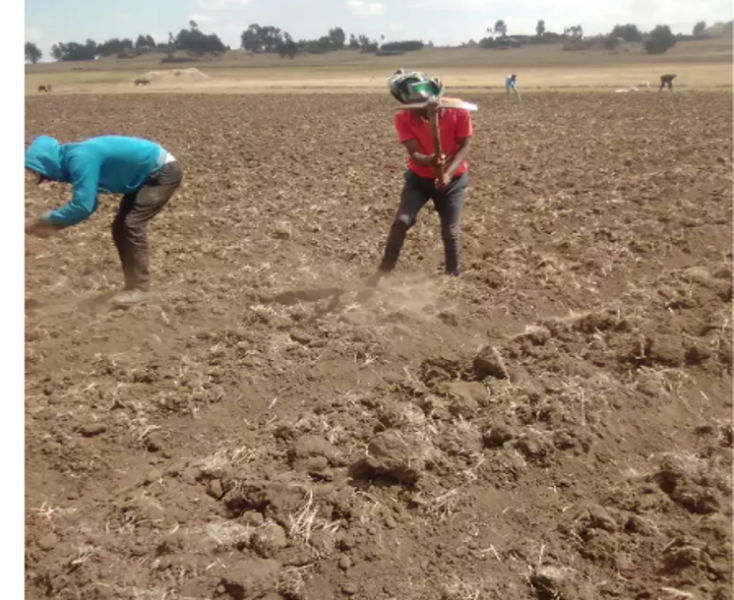 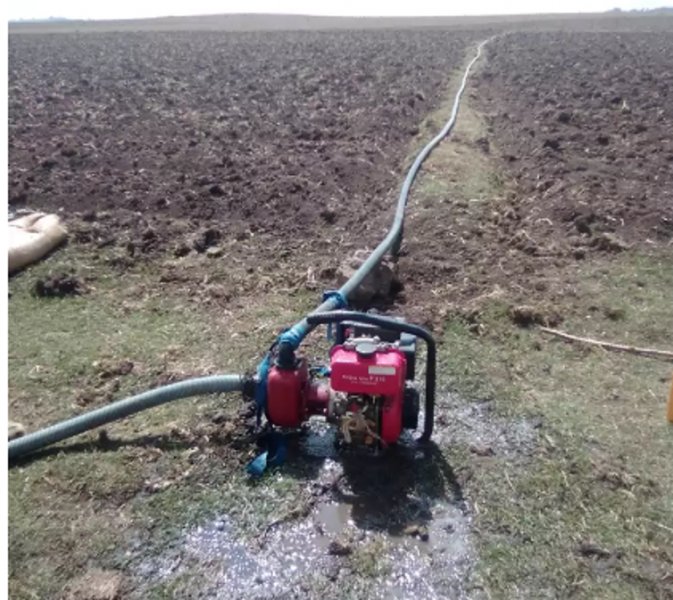 igure 3. (a) Irrigation pump and accessories provided to youth for demonstration purposes and (b) youth on land preparation.

The Alliance, under the support of CCFAS EU-IFAD and the Africa RISING Project (ILRI), solicited seeds from similar environments which were purchased and distributed to the youth. In addition, trainings were given to the youth on land preparation, seed selection, planting, and efficient water use to make sure that they applied the relevant methods and techniques to ensure a good yield and ensure sustainability of the scheme (Fig. 4). It was also intended for the youth to share their experiences and inspire other farmers within the Kebele and beyond. 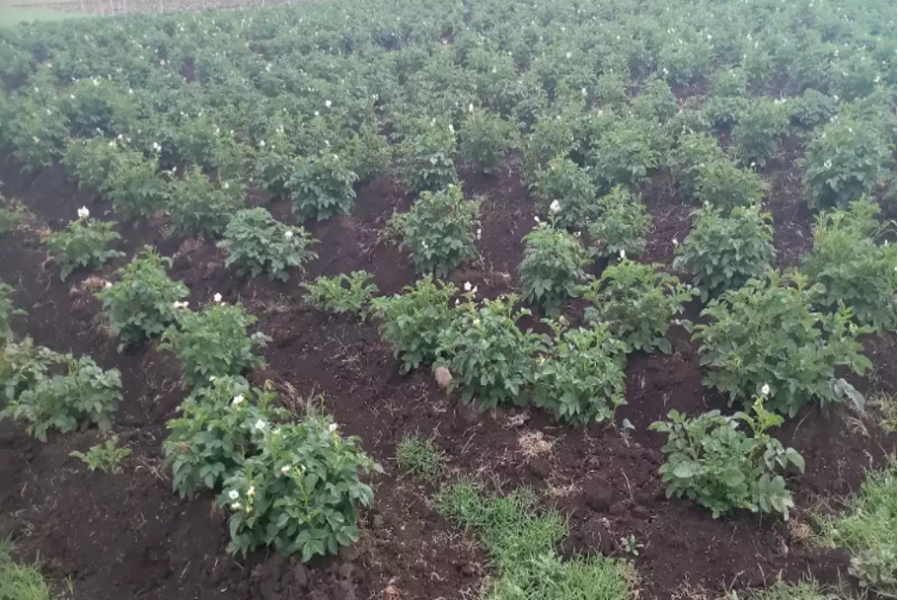 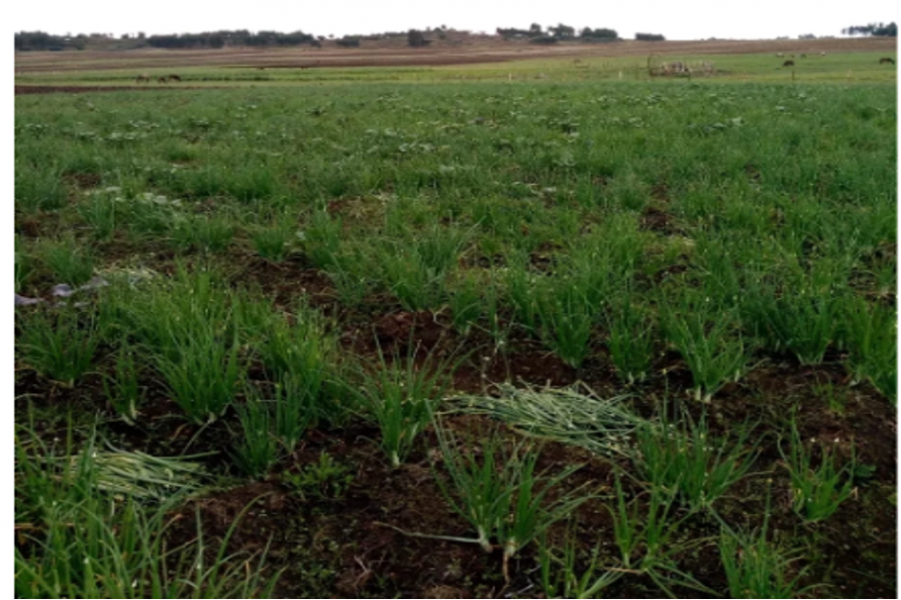 Figure 4. Status of some of the crops irrigated by the youth

After three months, the youth made their first harvests (Table 1) and sold all their produce. This opportunity created direct employment for 12 youth, who in a few months of time generated a total of 704,480 Ethiopian birr (around $22,000) from the nowadays “unattractive” agricultural sector. They also supported their parents and families with their income after saving seeds and some cash for the next harvest.

“What we have seen at the Angolela Kebele is a true role model to show the youth how business can be done and how they can employ themselves in agriculture at the same time generating very good earning in a few months”, said Mr. Mekonin Mengistu, an irrigation department official at Basona Worena Woreda agricultural office.

“We are happy with the result and we will upscale the experiences to many areas in the Woreda”, he added. The youth are now prepared to buy their own seed, plan to expand their schemes through optimal water application and diversify their food sources.

The youth are now aware of the benefits of the schemes and stated that they will not only earn money through the sale of their harvest but also can enhance their nutrition security through consuming vegetables. This highlights that water harvesting schemes, guided by good agronomic practices and market information, can provide jobs for the youth and make them productive and role models for other farmers.

Table 1: Commodities sold and benefits earned from the irrigation scheme.

Following this successful pilot exercise, the project plans to scale up the scheme to other parts (another site in Angolela Kebele, Adisge Kebele, Kor margefiya Kebele) within the district. In addition, the team will also embark on mapping and characterizing existing small-scale irrigation schemes in Amhara District, in order to glimpse the potentials and constraints of developing management plans in order to promote small-scale irrigation, which is key to supporting food and nutrition security of smallholder farmers. Further analysis will be done to identify suitable crops, develop optimal irrigation practices, define market (availability etc.) and support the overall value chain to make sure that irrigation schemes in the country are productive, smart and sustainable. Using the actual irrigation scheme map of the region (Fig. 5), the team is also developing an interactive visualization tool that can facilitate targeting and technology dissemination related to the irrigation sector.

“We are excited to expand the work we started with small number of farmers and have already been asked to support other farmers in the region. We will continue to engage and grow as we move along”, stated Wuletawu Abera of the Alliance. “With optimal water allocation and proper management of irrigation water, I think there is a lot we can do”, Wuletawu added. “It is credit to the Alliance team who listened our interests and supported this scheme, we did not have any money to start and even maintain the old generator. Now we have income to buy our own seeds, maintain pump and can also teach other farmers to follow suit”, Tadese Shewaye, one of the youth members stated.