A field trip to Reserva Natural El Hatico, familia Molina Durán, near Palmira, Colombia, to take carbon measurements in an area of tropical forest, as part of a CIAT-hosted workshop on REDD+. Photo by: Neil Palmer / CIAT

This piece first appeared on Mongabay.

The peace deal last year in Colombia has elicited a variety of opinions. One of the loudest comes from some environmental conservation advocates who fear that it will exacerbate deforestation and shrink further the area for endangered species.

“Armed conflict is good for preventing deforestation,” as a tweet from Rainforest Foundation, quoting Pablo Negret, a doctoral researcher at the University of Queensland, said a few days ago.

Negret spoke with Mongabay for an article on the Blue-billed Curassow — a Critically Endangered bird that can only be found in the Colombian forests — and its chances of survival in the wake of the peace accord between the Colombian government and the Revolutionary Armed Forces of Colombia, or FARC, that was struck last year.

I too used to be part of the camp that worried about the implications of the peace accord for the forests of Colombia. I used to think that the armed conflict did indeed contribute to forest conservation — full stop.

Today, I have a different view. And I would go even further: I think it is rather misleading to make an umbrella statement that “armed conflict is good for preventing deforestation” in Colombia.

I’m saying this after doing in-depth studies on the relationship of armed conflict and deforestation in the Latin American country. I, together with my research partners, found that several factors determine the extent of deforestation in Colombia.

In one study, we found that forests served certain purposes for armed groups in Colombia, including as hideouts and as sites for coca farming. Here, by purpose, the rates of deforestation — or the percentage of the total forest area lost over a period of time — were different, though it’s correct that in some of these areas those rates were lower compared to more stable ones. That doesn’t mean, however, that the total land area of deforestation, measured in hectares, is small in conflict-affected regions or actually smaller as compared to their more stable counterparts.

Those findings prompted me to look deeper into the situation. I and other researchers did a follow-up study, which analyzed the connections between forest cover, armed conflict, and deforestation by municipality. This study shows distinct stages in the process of forest loss in Colombia and that conflict-affected municipalities are not necessarily less affected by deforestation. 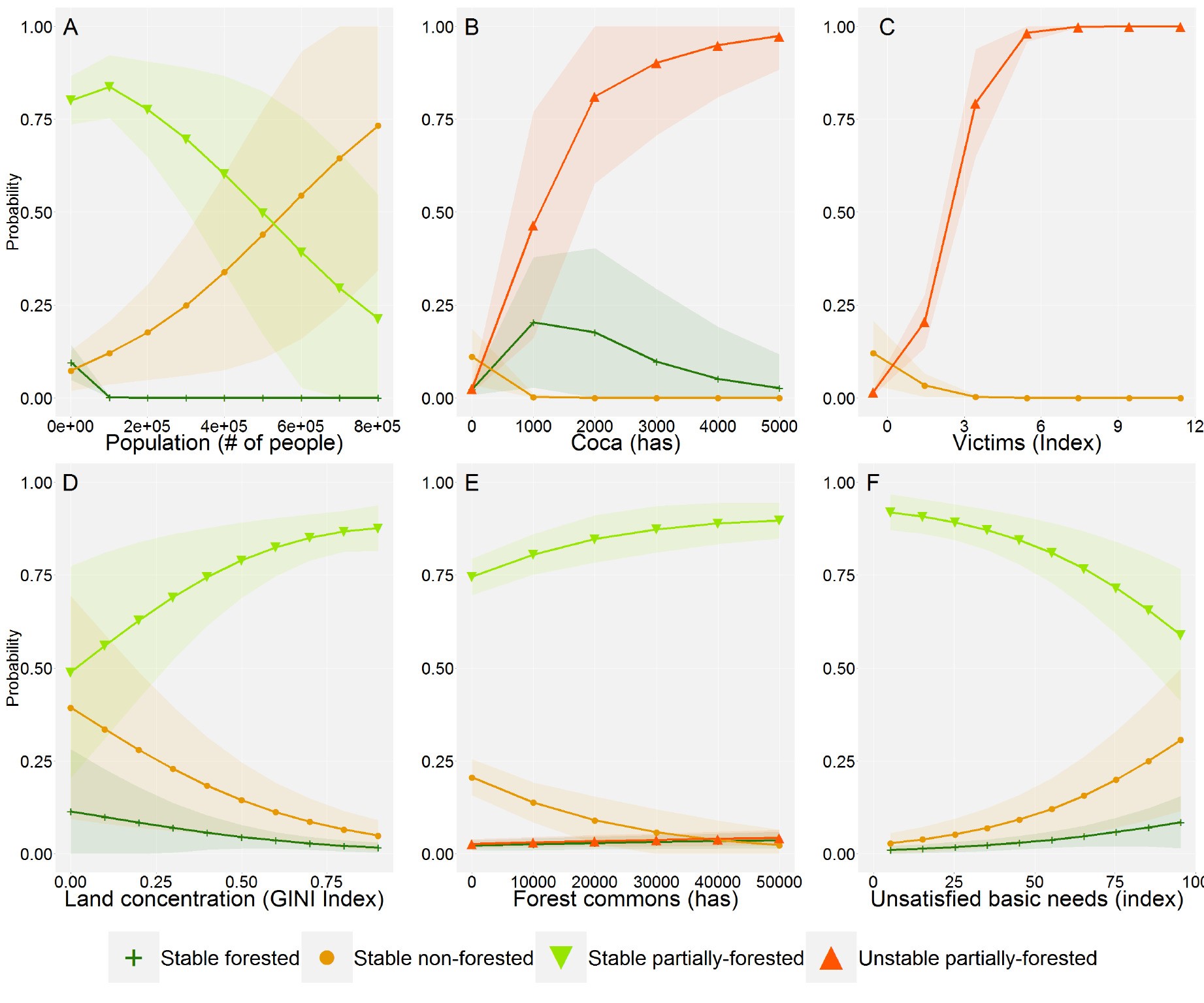 As I have argued in several studies and articles, there are ways to make the Colombian peace deal work to save forests and even reverse forest degradation.

One is collective land titling. In the follow-up study that I mentioned above, we found that in municipalities with larger areas under forest commons — where the government offers collective land titles to local communities — conflict was reduced, forests were denser, and households enjoyed a better quality of life compared to those municipalities with no or less areas under forest commons.

In addition, some research and donor agencies are exploring the use of climate finance to accelerate peace-building efforts and at the same time promote sustainable food production, or farming without the need to fell trees.

People have varying opinions about the Colombian peace agreement. The armed conflict may have contributed to preserving some parts of the forests. For some other parts, it’s a totally different story. And it’s rather misleading to paint it as otherwise. As it is, the connection between conflict and forests, and the outcomes of that connection, remain unclear and to be seen.