The method for assembling portfolios of varieties proposes various steps for identifying and combining varieties of a given crop based on functional traits previously identified. This method moves away from the predominant trend of analysis that considers superior crop varieties in isolation to a new approach where various varieties are promoted and eventually cultivated together, at different levels and scenarios. Rather than looking for similarities among varieties based on a limited number of traits, the portfolio approach looks for complementariness, hoping to incorporate variations in concert. Specifically, the tool helps researchers identify and strategically pick varieties that complement each other, while allowing for redundancy so farmers have choices. The method aims to translate this complementary approach into a series of systematic steps that can be applied at the farm level, and at wider levels of management.

This method allows researchers to systematically introduce functionality, complementary and useful redundancy as key criteria for assessing and promoting intraspecific diversity and can be used in a context where is necessary identifying possible crop diversity gaps (in the sense of functional traits missing) within a farm, a village, or a landscape. Also, could be use to increasing intraspecific functional diversity in a farm, village, landscape or country; assessing robustness of a seed supply system from the point of view of how capable the system is to provide the necessary traits and with sufficient variation; assessing a seed producer/supplier’s portfolio; looking for rare varieties and traits, with potential to address emerging needs and prioritizing varieties in subsidized seed supply systems or to be promoted through extension services, NGOs, etc.

The tool has been implemented in pilot form in Uzbekistan, Nepal and Burkina Faso.

In Uzbekistan, portfolios of apples were assembled jointly by scientists and farmers for different target sites using local diversity and diversity maintained in research institutes. Gaps in local diversity for the target traits were filled in by considering varieties from other sites; they were introduced in target sites by multiplying them in nurseries and farmers’ fields.

In Nepal, national research partners distributed three rice varieties with different levels of resistance to local pests and diseases to 200 farmers for planting in the same plot. Two of the varieties were commonly used in the target site and one came from a different site. The two varieties with higher levels of resistance were expected to “protect” the third one, of very good taste and yield but much more susceptible to pests and diseases. Heat destroyed many of the seedlings. Farmers expressed concerns about managing mixtures, but they did like the new variety, not necessarily in combination with the other two.

In Burkina Faso, a large set of improved and local varieties with different maturing cycles and productivity levels were cultivated and evaluated jointly by scientists and farmers in common fields. As a result, scientists and extension services identified varietal portfolios that minimized the risk of yield losses in the event of erratic rain while guaranteeing a certain level of productivity. Farmers picked the portfolios they preferred from the common field.

The methodology is being integrated into DATAR (Diversity Assessment Tool for Agrobiodiversity and Resilience) as part of the assessment and using the portfolio approach for INTRA-specific diversity for seed demand.

Tools often used together with this tool 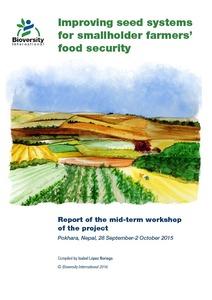 Improving seed systems for smallholder farmers' food security. Report of the mid-term workshop of the project 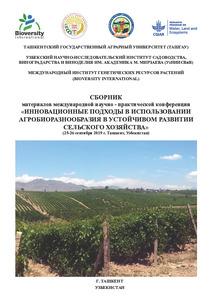 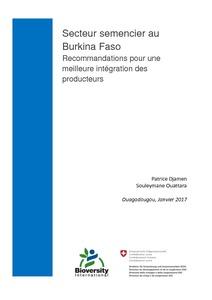 This method was developed as part of the project “Improving Seed Systems for Smallholder Farmers’ Food Security” (2012-2021) funded by the Swiss Development and Cooperation Agency with the local support of: