Laura Snook, Coordinator of Management and Conservation of Forest and Tree Resources, CGIAR Research Programme on Forests, Trees and Agroforestry, explains why sometimes it necessary to clear patches of trees to stimulate regeneration of species that become established after natural disturbances; part of the special blog series for COP13.

Natural and traditional disturbance regimes, such as lightning strikes, windstorms or shifting agriculture, can be important in structuring ecosystems and can provide a model for restoration activities. Evaluating disturbance regimes is one of the recommendations highlighted in the Short-term Action Plan on Ecosystem Restoration that the Conference of Parties to the CBD is expected to adopt in Cancun to provide guidance to countries and other actors involved in restoration. Mahogany (Swietenia macrophylla), the most valuable species in Neotropical forests, and the related African mahoganies (Khaya spp and Entandrophragma spp) in Africa, among other species, require disturbances to create conditions that allow seedlings to become established and grow.

Laura Snook explains why as part of our CBD COP13 Forest and Landscape Restoration blog series.

Because tropical forests are so diverse, their canopies are made up of dozens of tree species, often more than a hundred. This means that the density of any one species is low. Furthermore, few of these many species are appreciated for their timber, particularly in the international market. As a result, timber harvesting in tropical forests is often highly selective, focused on just one or a relatively few species. Since individuals of these species are scattered, removing them creates relatively small gaps, leaving an essentially closed canopy.

For species that require sunlight to regenerate, this process leads to gradual depletion of trees of valuable timber species over a couple of cutting cycles as lower size classes grow into commercial sizes and are extracted, without providing conditions that allow for new individuals to become established. If these timber species do not regenerate, the forest itself loses its value for timber production, increasing the likelihood that it will be converted to other uses. This also reduces species diversity, both directly and indirectly, because the decline in numbers of large trees also reduces food supplies and unique habitat niches for other species, such as nesting holes for birds.

So how can we restore the value, productivity and diversity of selectively logged forests? 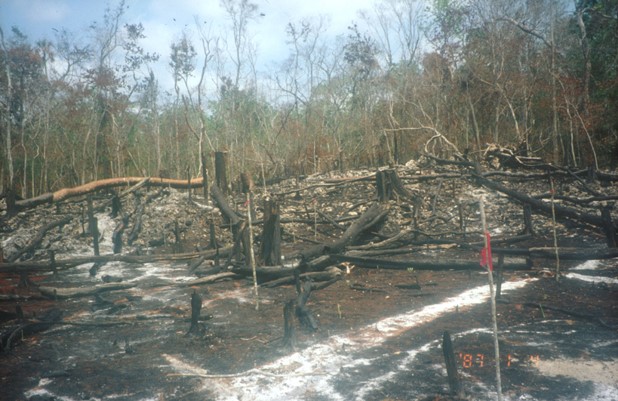 For species such as mahogany that are adapted to regenerate after disturbances like blowdowns, fire, or both, we need to create clearings that provide similar conditions. Shifting agriculture, which involves felling the trees and burning them, provides a good mimic for such natural disturbances. In many parts of the world, including Mesoamerica, the Eastern US and even the Amazon, existing forests grew up on abandoned agricultural fields which were cleared of forests decades or centuries ago.

Logging of 15 commercial timber tree species on a tropical forest in Mesoamerica resulted in the removal of only 1.8 trees per hectare and opened only 2.4% of the canopy. In 80% of the cases, gaps resulted from felling individual scattered trees and measured <150 m2. After four years, these gaps and also the few larger ones resulting from felling of several neighboring trees (which averaged about 350 m2) had been reduced by 90% in area because saplings had grown up and bordering trees had grown in, closing them up and shading out mahogany seedlings that had been planted in those gaps after logging.

To create more favorable conditions in these Mesoamerican forests, we established experimental clearings of various sizes using slashing and burning, clear felling or bulldozers, opening areas varying in size from 500 m2 to 5000 m2. We sowed mahogany seed and planted mahogany seedlings in the clearings. On half of the clearings, we removed the competing vegetation from around the seedlings several times during the first two years.

Ten years later, 18% to 44% of mahogany trees from planted seedlings survived, depending on the treatment. Higher rates of survival were found on areas cleared by slash and burn, where competing vegetation had been cut; or cleared by bulldozer, where controlling competition did not make a difference. Mahogany growth rates were highest on areas that had been slashed and burned, probably because burning felled trees releases nutrients – which is one reason farmers do it. The fastest growing trees on those plots had grown more than 9 cm in diameter in 10 years. Growth rates also increased with opening size: growth on half hectare clearings (5000 m2) was almost double that on 500 m2 clearings. 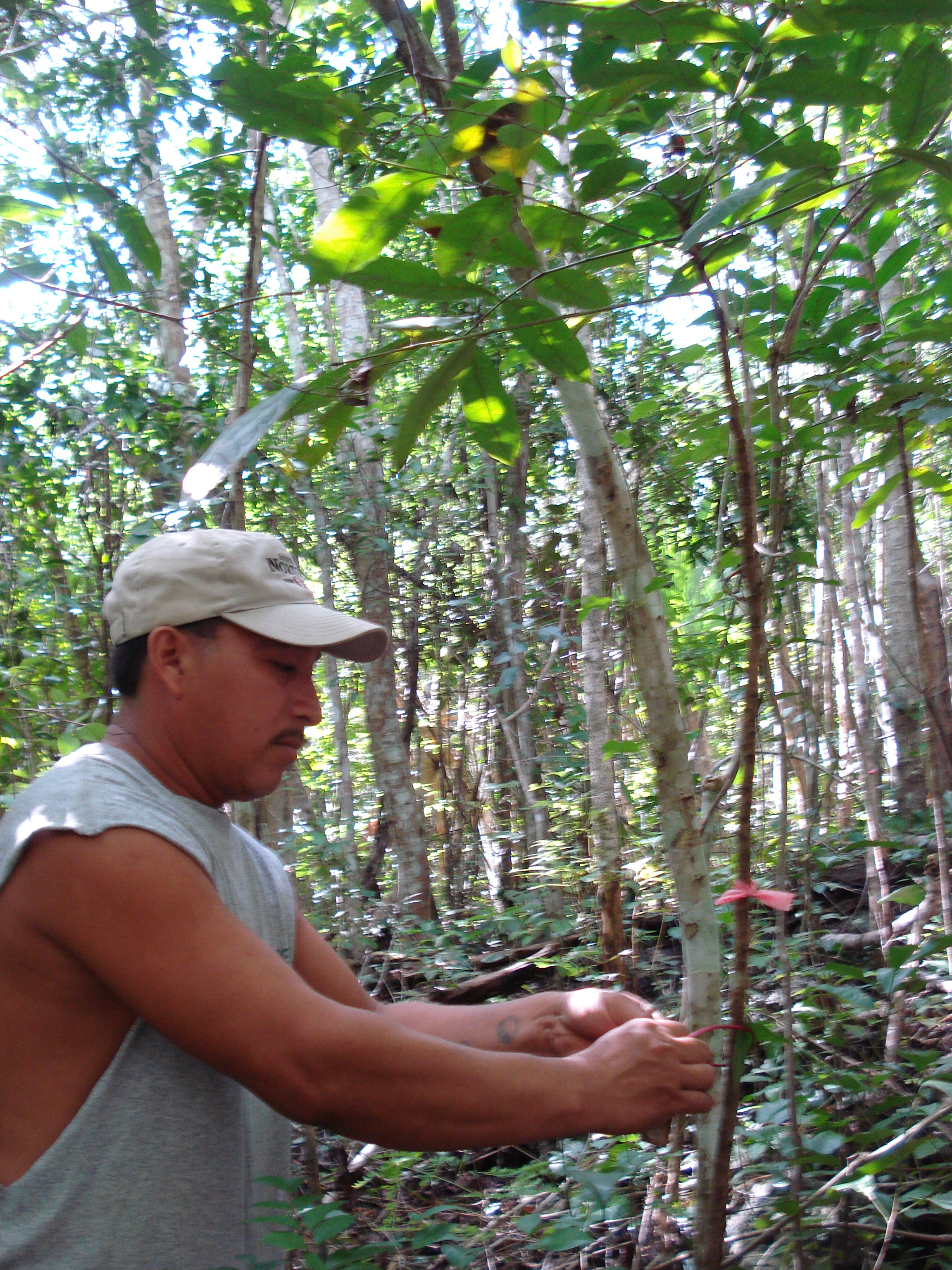 But equally interesting was to find that other trees were favored by these clearings. After 10 years we found more than 90 tree species had become established naturally in these clearings. Like the mahogany trees, they, too, grew larger on slashed and burned clearings. Of the trees that had become established on the clearings opened using slash and burn or bulldozers, 60% were of commercial timber species. In contrast, in clearings that resulted from felling, only 35% of the trees were of commercial species - and many of those were sprouts, with poor form, that would never produce commercial logs.

The results show that creating clearings is a good way to restore biodiversity, restore value and restore productivity in forests degraded by selective logging. In Mesoamerican forests, clearing patches of about half hectare that cover about 3% of the forest area each year, is sufficient to sustain the full complement of species, and to increase the proportion of commercially valuable timbers. This is an effective approach as long as seed is available, either for planting or natural regeneration.

Determining what treatments are effective for regenerating trees takes time because trees have lifespans of decades or centuries. It is not enough to evaluate their success one or two years after planting or sowing or mimicking disturbance – patterns of response don’t stabilize for at least 5 years, and often more. We have just re-measured this experiment 20 years after its establishment. Stay tuned for more insights!

This blog is part of a series that Bioversity International is rolling out around COP13 - Mainstreaming Biodiversity for Well-Being. The blogs explain why mainstreaming agricultural and tree biodiversity is critical in sustainable food and production systems if we are to achieve the Convention on Biological Diversity's Strategic Action Plan for Biodiversity 2011-2020 that "By 2050, biodiversity is valued, conserved, restored and widely used, maintaining ecosystem services, sustaining a healthy planet and delivering benefits essential for all people".