Do you think you will be able to remember everything you ate and drank in the last 24 hours? And if you did, do you think you could tell exactly how much of one thing or another you ate or drank, including the water and ingredients used to prepare the food? How do you imagine this information could be faithfully retrieved? Read on to learn about the creative bets of our scientists in Kenya to depict as faithfully as possible what people usually include on their plates. This helps identify the excesses and deficiencies in these people's diets to design interventions that defeat enemies such as malnutrition.

As we told you in the introduction to this series, the Agrobiodiversity Diet Diagnosis Interventions Toolkit (ADD-IT) is an application developed to improve nutrition in the African region through reliable data collection and its processing in real-time to provide immediate feedback and nutritional education to the community. ADD-IT first captures accurate information from its users, and then feeds back these users based on the information collected from them (and other sources, in accordance with local food systems) to improve their food choices and consumption behavior.

Have you ever tried to give good advice to a friend? Well, if you did it conscientiously you will know that the first thing you need to do is to understand your friend's situation well. In that same way our scientists - the masterminds behind the ADD-IT app - needed to fully understand the dietary patterns of the people who make up the local food systems through proper data collection on their food intake. To achieve this, they had to overcome several obstacles.

Conventional methods such as 24-hour dietary recall – which asks individuals to recall foods and beverages consumed 24 hours prior to the interview – do not fully capture dietary behavior including seasonal variations and diversity of foods consumed, as people often tend to overlook some foods, especially fruits and snacks which contribute to their overall nutrition. Other methods simply record different foods consumed within a timeframe without including intake quantities. All this without considering the vast cultural richness that exists in each county of Kenya and throughout Africa; which makes it more difficult to standardize dishes, recipes, preparations, foodways, portion sizes and consumption frequencies.

That is why the Alliance, and the Tokyo University of Agriculture (TUA) applied a daring strategy to get as close as possible to their study populations and authenticate the data: lodger-enumerators. Students from the TUA stayed in 20 homesteads in Vihiga and Kitui County communities to kept weekly food records of all the food people consumed in the households. During this exercise standardized portion sizes, common household measures were determined and consolidated into a food photo database. This gave to the ADD-IT local food-based, Semi-quantitative Food Frequency Questionnaire (Sq-FFQ) a more detailed account of estimating individual food intake and dietary behaviors. So, now it includes approximate quantities of major foods, snacks, and drinks consumed daily, weekly, and monthly in the study area (as Figure 1 shows), making the tool context specific.

This is how ADD-IT can now give feedback to the users based on data-oriented individual dietary behaviors. The application categorizes (using different colors) the number of servings mentioned by the respondent as excess, adequate, or less per food group, based on the Kenya food pyramid intake recommendations (Figure 2). The tool further provides nutrition education including major functions of different foods in line with the feedback given (Figure 3), what food servings to increase or reduce for achieving a balanced diet, to provide wide range of local food options among locally available food resources including wild and semi-wild sources, raising more variety of foods on-farm and local recipes for preparing these foods, thereby offering immediate and practical feedbacks for action.

Scientists are in the process of validating the Sq-FFQ through comparing the results with conventional 24-hour methods.

ADD-IT also works closely with the Japan International Cooperation Agency (JICA). Scientists look forward to using this network to expand the knowledge and application of ADD-IT in other JICA -affiliated countries.

Explore the rest of the series 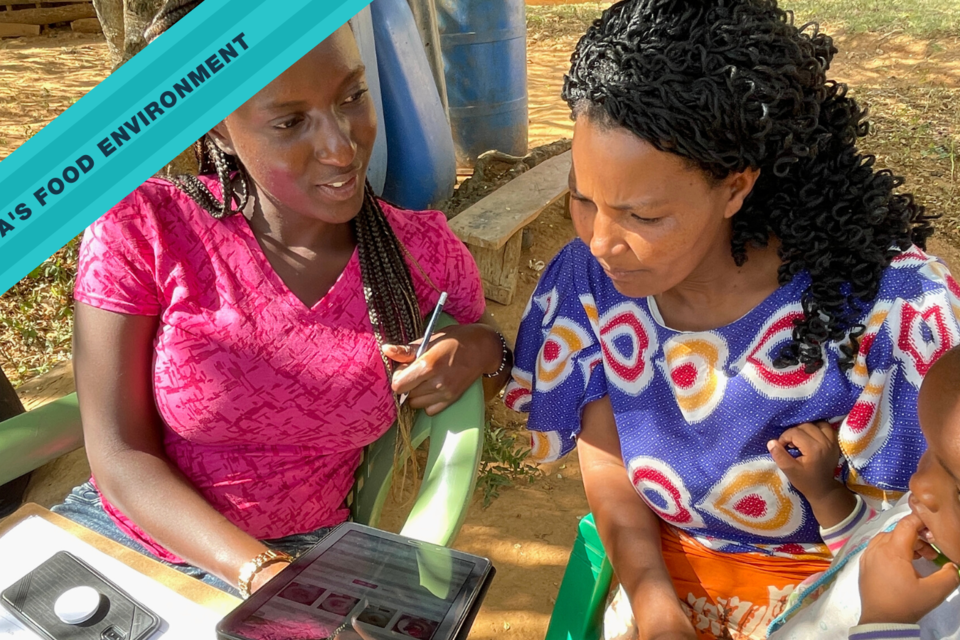 How research is helping to transform food environments in Kenya