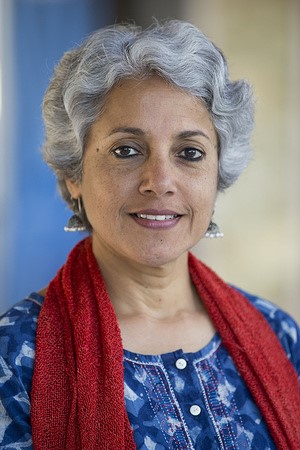 Soumya Swaminathan was most recently WHO's Chief Scientist and before that, Deputy Director-General for Programmes. A pediatrician from India and a globally recognized researcher on tuberculosis and HIV, she brings with her 30 years of experience in clinical care and research and has worked throughout her career to translate research into impactful programmes. Dr Swaminathan was Secretary to the Government of India for Health Research and Director General of the Indian Council of Medical Research from 2015 to 2017. In that position, she focused on bringing science and evidence into health policy-making, building research capacity in Indian medical schools, and forging south-south partnerships in health sciences. From 2009 to 2011, she also served as Coordinator of the UNICEF/UNDP/World Bank/WHO Special Programme for Research and Training in Tropical Diseases in Geneva.

She received her academic training in India, the United Kingdom and the United States of America, and has published more than 450 peer-reviewed publications and book chapters. She is a Fellow of the US National Academy of Medicine, the Academy of Medical Sciences of the UK and a Fellow of all the science academies in India. She has received several honorary doctorates, including from EPFL, Lausanne and the London School of Tropical Medicine and Hygiene. She serves on several national and global advisory bodies and committees. She is an adjunct Professor at Karolinska university in Sweden and Tufts university in Boston, USA.

As WHO’s inaugural Chief Scientist, Dr Swaminathan built the Science division with a focus on research, quality assurance of norms and standards and digital health. She played a key role during the pandemic in coordinating scientific efforts at the WHO, as well as in setting up Covax, with a focus on equitable vaccine distribution to LMICs.

Dr Swaminathan is the daughter of "Father of Green Revolution of India", M. S. Swaminathan.