Silas Mdoe has a weapon against poverty and drought. It’s so unassuming that most farmers completely overlook it: livestock grass.

As this recent study shows, keeping livestock can help farmers like Silas earn more money and put more food on the table, especially during unpredictable weather. In Tanzania, drought has decimated many farmers’ harvests, including Silas’ maize, which he relies on for an income.

In his village of Mbuzii in Lushoto, in the east of the country, one-fifth of farmers generate around 40 percent of their income from milk. “Cows give manure for crops and provide milk all year, which we can sell to buy sugar or pay school fees. Banks will lend money if you have a cow,” explained Mdoe.

But investing in higher quality varieties of grass for livestock like Napier or Brachiaria hybrids like Mulato II, which improve livestock health and the amount of milk produced by up to two liters per cow a day, is not that simple for many farmers.

A cow is a small industry.

Some farmers earn this percentage of their income from milk.

That’s because it’s not a priority for most farmers in Tanzania or across East Africa to grow feed for animals when crops for their families naturally come first. This is compounded by the fact that with population growth, grazing land disappears and farm plots become smaller. Forages – quality grasses grown specifically to feed animals – are therefore in short supply.

Farmers who don’t have grass on their farm need to collect it from where it grows wild, which can be a full-time job during the dry season, or take between 3-4 hours a day at other times of year. Every day, cows needs at least 50-60kg of forages for basic health – two heavy bundles – and hiring labor costs the same as two-to-four liters of milk.

So most cows are under-fed with low-quality wild grasses, which keep milk and meat production low. Low-quality feed also means livestock across east Africa typically produce more greenhouse gas emissions – in particular methane – per kilo of meat and milk produced, because they are more difficult to digest.

"The boys are going to school - through a cow."

Researchers and farmers in Tanzania are testing different forage grass and legume species to discover which management and grass combinations can boost the quantity and quality of forages in local conditions.

They are trialling different methods of planting like intercropping and contour planting, varying height and frequency of cutting, and applying different types and amounts of manure.

Silas and the community have set up demonstration plots, where high-quality varieties of Napier, and drought-resilient Brachiaria Mulato II – the latter sourced from CIAT’s genebank in Colombia – are shared and tested. 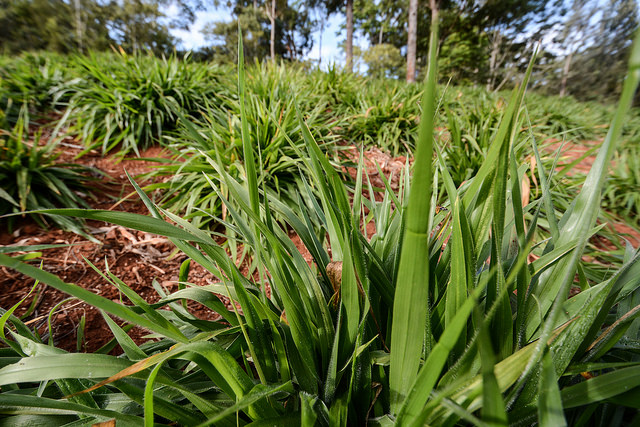 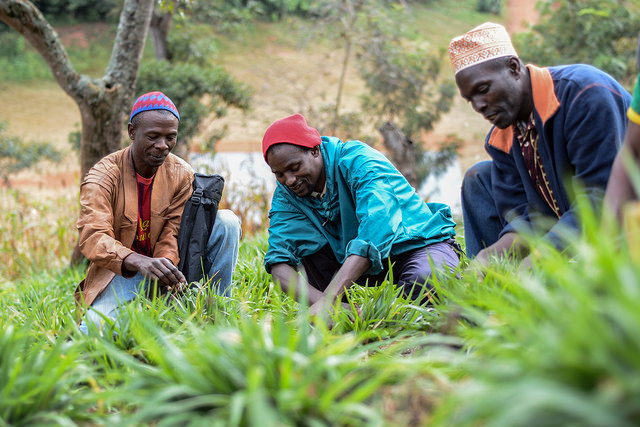 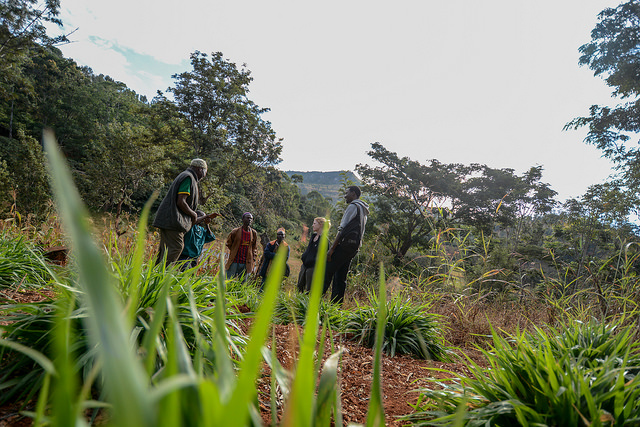 Since 2014, data from field trials monitored by TALIRI and CIAT, has been collected on forage biomass, soil nutrients and rainfall. The aim is to advise farmers which forages suit their conditions and can be integrated into their farm system in ways that don’t compromise their own food security.

They found that Napier, for example – a high-yielding, nutritious grass – increases dairy production and improves cow health in the short-run. But it’s demanding in the long-run because it depletes nutrients in the soil if it is not fertilized. Some Brachiaria varieties, on the other hand, require fewer nutrients, trap more carbon in the soil, prevent soil erosion and are drought-resilient. But the choice is not always clear.

Birthe Paul, a Farming Systems Scientist from CIAT’s Tropical Forages Program, explains: “Sure, improved Brachiaria has done well despite the drought this year. It will always produce higher quality fodder than Napier. But over the entire year, it will produce less biomass than Napier. And for farmers with hungry cattle, more is often better.”

Growing quality fodder along terraces might not mean immediate food for the family. But in the long-run, it can boost meat and milk yields, prevent soil erosion, provide quality livestock feed on the farm, and save time collecting feed. The trade-off is a choice only farmers can make. 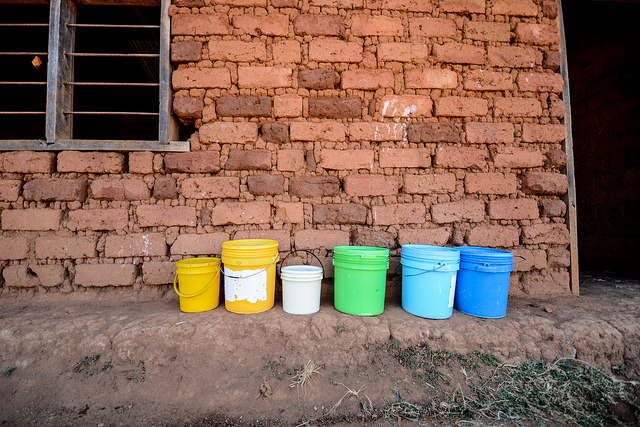 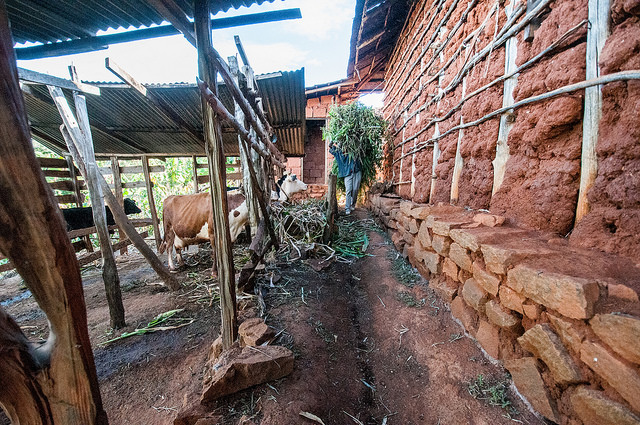 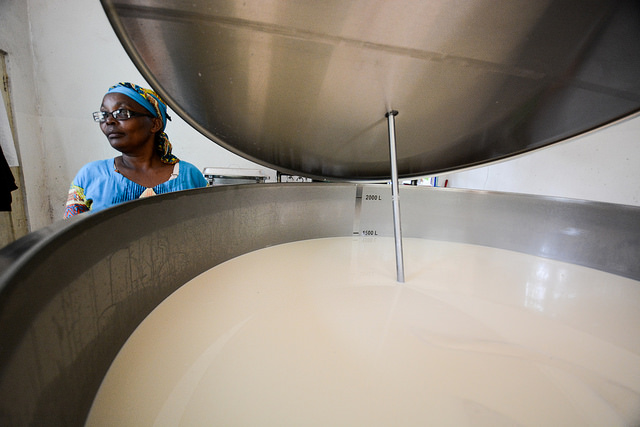 The Tanga Dairy Cooperatives Union is a milk buyer which collects up to 2,000 liters every three days, depending on the season, from Silas’ area of Lushoto.

Chairman Debora Amosi says full capacity of 2,500 liters per day is not being met. “We want to increase milk production and quality, but farmers are not producing enough,” she said.

That could change, if farmers switch what they feed cattle as part of a long-term strategy. Local improved forage varieties are now available thanks to the efforts of farmers like Silas. But the value of this weapon is yet to be realized by the vast majority of livestock farmers.

This research is part of the CGIAR Research Program on Livestock and Fish under the banner of Maziwa Zaidi, a multi-stakeholder initiative aimed at transforming the dairy value chain in Tanzania. It reports work conducted as part of the “Potential farm to landscape impact and adoption of forage technologies in smallholder dairy production systems in Tanzania” project, funded by GIZ.