Cassava currently covers 25 million hectares worldwide, according to the United Nations Food and Agriculture Organization – more than all the land in the entire United Kingdom. At this huge scale, the impacts of agriculture on the environment become very large. One study claimed that agriculture threatens more plant and animal species worldwide than urban development and climate change combined. This threat to biodiversity is a reminder of the urgency to understand the impacts of food production on the environment, and to speed up the search for ways of reducing them. 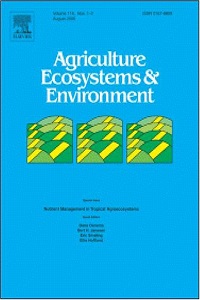 One major potential way to do this with cassava is by intercropping – growing more than one crop in the same field at the same time. The just-published journal article, On-farm diversity offsets environmental pressures in tropical agro-ecosystems: A synthetic review for cassava-based systems, concludes that intercropping cassava with maize, other crops belonging to the grass family, grain legumes, or trees, provides largely positive effects on various key ecosystem services, and can help strike a balance between farm-level productivity, crop resilience, and environmental health.

“This review is the first time that all the past research on cassava intercropping has been gathered together and analyzed through the lens of ecosystem services,” said Erik Delaquis, a researcher at CIAT and lead author of the paper.

‘Ecosystems services’ describes all of the critical processes that the environment facilitates to support human life, such as food production, provision of clean water, absorption of carbon dioxide from the atmosphere, and provision of habitats for biodiversity. Thinking about farming in these terms is a step towards designing more sustainable agricultural systems. 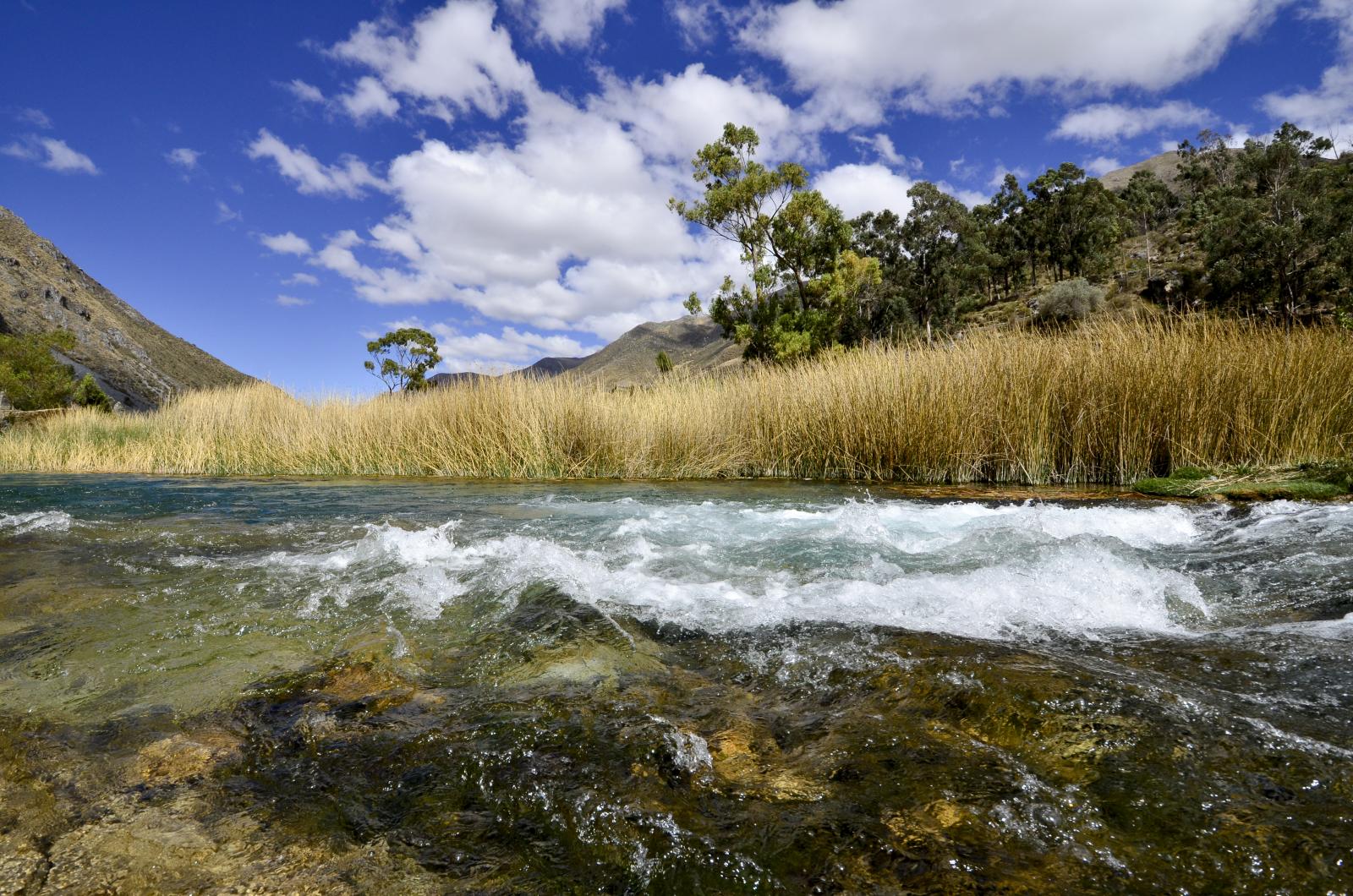 For this reason, the review employed the concept of “ecosystem service bundles” – a useful tool for simultaneously evaluating the interactions of multiple ecosystem services in different settings, to evaluate trade-offs and synergies for specific crop associations. Of the 330 species combinations used across the studies, 122 included maize, 52 included cowpea, 48 included trees, 38 included peanut, and 36 included grasses/forages. The review found intercropping systems to consistently produce more food per unit of land, with maize and bean-based systems performing particularly well. While cassava root yield was often depressed by intercropping, in the vast majority of cases the harvest of the intercrop was more than able to compensate for these losses.

Sixty-three percent of experiments in the review reported a decrease in pests within intercropped systems. Whitefly and mealybugs – two globally important pests – were reduced in 73 percent and 60 percent of cases respectively. These pests do a lot of damage themselves, but are also critical vectors for the spread of plant diseases. An example of this is cassava mosaic disease, which is transmitted by different species of whitefly, and which has already caused important losses in Africa and South Asia. The knowledge that we can reduce pest incidence by changing the way we plant crops – and not just by upping the use of pesticide – is critical in moving towards sustainable production systems.

The review found that intercropping also reduced erosion across a wide range of farm environments. This is an important finding as research has shown that cassava monocultures on steep slopes can lose topsoil at a staggering rate of 221 tons per year, as was recorded in Nigeria. Across the studies, erosion levels were regularly halved by intercropping, although this depended a lot on management practices during cultivation and sowing, and harvest timing. The review also highlighted a need for more studies looking at soil processes over a longer timescale.

Six of the seven cases reviewed for water-related services considered the effects of intercropping to be beneficial. Soil moisture content and infiltration were either not affected or increased, while runoff was reduced by 59 percent in the single study that evaluated it. With increased soil moisture and water infiltration rates, carefully planned intercropping systems may be increasingly adaptable to changes in climate and the droughts and floods they promise to bring. 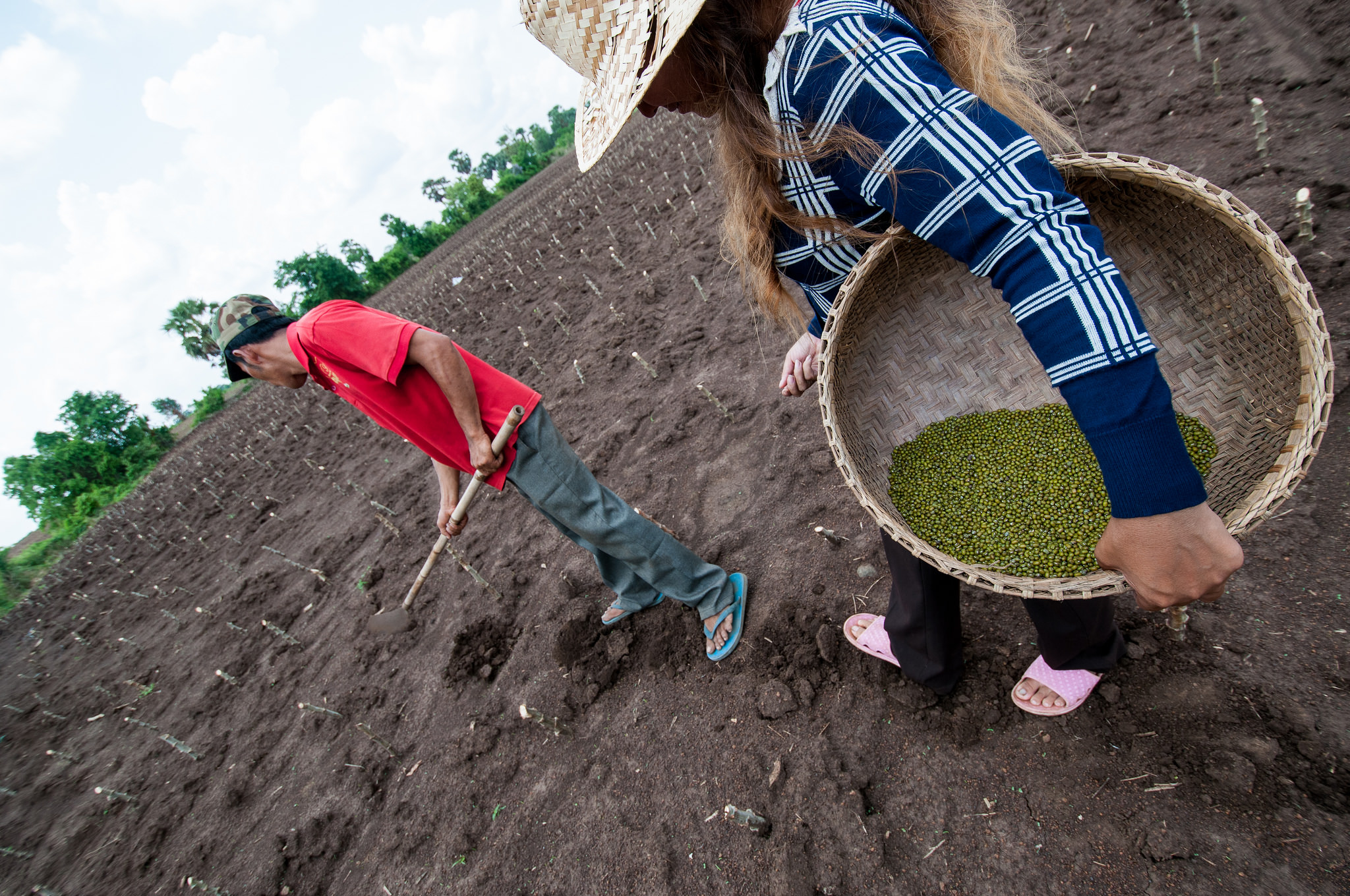 Some farmers in Kampong Cham in Cambodia intercrop cassava with mung bean. Photo by Georgina Smith/CIAT

The benefits of intercropping are highly variable, context-specific, and dependent upon management and crop component. However, this study showed that ecosystem service bundles are sustained by intercropping with a diverse range of companion crops in cassava systems: 25 positive impacts vs. 3 negative impacts for maize; 5 vs. 1 for crops belonging to the grass family; 23 vs. 3 for four species of grain legumes; and 9 vs. 0 for trees.

“These findings can help to guide us towards creating more sustainable production systems for cassava, one of the most widely grown crops in the tropics,” Delaquis said. “But this is only a first step. Future research should look at the economic and social factors contributing to adoption or rejection of intercropping practices on farm. For example, although it may increase total production, an intercropping system may also require more labor, something that is already in short supply in many Southeast Asian households. Producing more does not necessarily mean earning more – that depends on the markets and prices available for each product – but it is a clear indication that we can improve production sustainability on the land we are already cultivating with cassava. Future research can target tools that allow individuals to visualize tradeoffs in their settings, helping them to make informed decisions about when intercropping can be a suitable option for them.”