David Kaimowitz did not visit CIAT as the Natural Resources and Climate Change Director for the Ford Foundation, but as a family friend. And he found a CIAT placing more emphasis on climate change and with a potential in forest conservation, the subject matter of Kaimowitz’s expertise.

He did not come here as a representative of the Ford Foundation; he came as another family friend. The last time David Kaimowitz, Natural Resources and Climate Change Director, visited CIAT was six years ago, and he is highly impressed: “although CIAT has always taken them into account, now it has a more comprehensive view of environmental issues”, he says.

A researcher who has closely followed Kaimowitz’s career dares to claim that having such a world expert in forestry issues and climate change at CIAT is like being visited by the soccer stars Messi or Ronaldo.

We talked with him about his concern for forests in Latina America; about the challenges of post-conflict for deforestation reduction targets in Colombia; the commitment local and national governments should have in public policy matters; the role of media in communicating science and technology; and about the Alliance between CIAT and Bioversity International, which he claims is “driving both parties to rethink their business.” 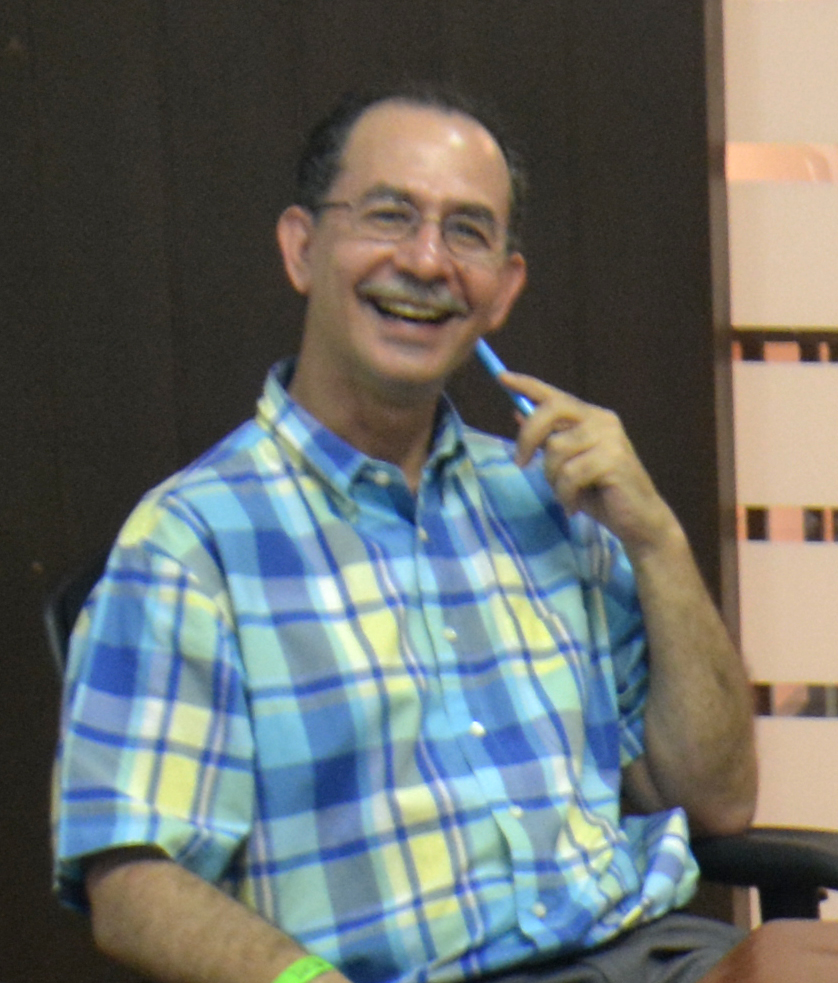 How did you earn the status of world expert in forestry issues and climate change?

The most interesting detail is that I hardly knew anything about forests and yet I became the director of one of the world’s leading forestry research centers, as is the Center for International Forestry Research (CIFOR). I used to work on deforestation, and one believes that deforestation is a forestry issue related to forests, but actually it is an issue of agriculture, and I did know something about agriculture. In fact, you don’t need to know much about forests to cut down the trees and introduce cattle; you don’t need to know what trees are left and how fast they grow.

You came to CIAT six years ago and you have been listening about different research initiatives for the last two days. Do you find any difference between the 2013 CIAT and the current CIAT?

What I have been able to notice is that CIAT is addressing much more environmental issues now than before. It has always addressed them, this is nothing new, but the significance of environmental issues and the comprehensive way in which they are being considered, not just as a byproduct of livestock production or a byproduct of rice production, is very interesting.  There is much more emphasis being placed on climate change now than in the past, and I perceive there is more interest in the issue of malnutrition, health, and the part of food consumption, not just food production.

Being an expert in Latin America, how do you see the situation of forests in this region?

We all know about the major deforestation of forests. It was reduced in Brazil for a while, but it remains to be seen if it will increase again now, but while it was being reduced there, it was escalating in Bolivia, Paraguay, Peru, and Colombia.

People do not talk much about this, and what I do believe is interesting, is that CIAT is starting to make an incursion into restoring forests. In various parts of Latin America, forests are indeed being restored, not necessarily in the same places where they are being destroyed, but there are many areas in the Pacific coast of Central America and areas in the Andes, where forests, or at least trees, are coming back, and it is very important to try to understand these processes.  We have not been paying enough attention, and I believe CIAT is interested in this issue, and I see a great potential.

You mentioned that, while armed conflicts have mixed effects on natural ecosystems, post-conflict usually increases the pressure on forests. In the case of Colombia, what are the challenges of post-conflict for deforestation reduction targets?

The armed conflict was indeed one of the main reasons forests were maintained, because it was dangerous to start doing something else. Now that it is becoming less dangerous, there is a tendency, particularly to the expansion of livestock production. This situation has been observed in many countries. In the case of Colombia, we would have to address the issue of demobilized combatants from the guerrilla, the army, and the paramilitaries, and see if they are going to engage in activities that put forests at risk or whether they are going to engage in activities that help manage forests.

I believe it is crucial for Colombia to consider the possibility of managing the forests, produce wood legally and produce non-timber forest products. It is striking, and maybe because of post-conflict among other reasons, that the forestry sector is less developed here than in other forest countries from Latin America. It is not true that the only two alternatives are cutting down all trees to introduce livestock and pastures, or, on the other hand, maintaining everything in a natural protected area, in a park, and not touching it at all. In Latin America, we have very good examples of community forest management, where the communities themselves can transform the forest into a source of life, and I think this will lead to good governance in some forest areas here in Colombia.

And in the case of the Peruvian Amazon, what dynamics are involved in the deforestation issue? Would the challenges be the same facing Colombia?

It is fascinating how different is the Peruvian from the Colombian case; just as if we compare livestock production in Brazil and Colombia, the challenges are very different. Each one of these cases has different dynamics and different challenges. First of all, livestock production in Peru is not as relevant as it is in Colombia. In part, this is due to the fact that in Peru, the Amazon is still separated from the rest of the country. Transport is not free-flowing, which means some products from the Peruvian Amazon cannot be sold on the other side of the country. To some extent, this has restricted deforestation. In Peru, there is a massive increase in deforestation in legal mining sites, because gold can be easily extracted.

What should be the commitment of local and national governments in public policy matters and control mechanisms for the outcomes of the projects being implemented by research centers to have the expected impact?

We have to be very creative regarding the dissemination of technology. None of our countries has large public extension officers’ groups. The municipality can help developing relationships with producer associations, water-resources groups, and any group in the community to disseminate and exchange new practices and techniques. Helping in certain matters related to supply chains is a major role of local governments.

And from the research point of view, how do scientists should focus their research to really produce the intended impact on society?

In more biophysical research studies related to practices and technologies, the entry point is thinking how the outcomes can reach producers, taking into consideration that we live in countries that do not have loads of extension officers and technicians. We have to think what these other means are.

For researchers working on policy or socio-economic issues, it partly has to do with the work in the area of communications: being more creative, reaching broader audiences.

Then, which should be the role of communications? You mentioned people make more decisions based on emotions, in connection with their hearts…

Many times, researchers are in possession of data providing evidence of something, but people will listen to some individuals and will not pay attention to others. It is also true that the public responds to stories that appeal them and respond to more visual stories. For instance, people will believe a youtuber. The public develops an everyday relationship with that person and young people identify themselves with him/her. This youtuber is more effective convincing the public, even a politician. We have to search for new ways to communicate that CIAT is addressing new issues and is obtaining results; maybe this will attract the attention of donors and other audiences.

What do you think of the Alliance between Bioversity and CIAT?

For me, the most important aspect of the Alliance is that it is driving both parties to rethink their business. What they do, why they do it, what do they do right, what should they stop doing and no one would care. I think this is always healthy for institutions. The Alliance is a good thing, but beyond the Alliance itself, I believe it is important to develop the partnership.

His work focuses in the promotion and support of sustainable development. He has led worldwide initiatives related to natural resources and climate change and he is based in the Mexican office of the Ford Foundation. His portfolio focuses on providing poor, rural families, particularly indigenous peoples, with greater access and control over forests and other natural resources. His donations include initiatives in the Mexican and Central American region, as well as global initiatives.

Before joining the Foundation in 2006, he was the Director General of the Center for International Forestry Research (CIFOR) in Bogor, Indonesia. CIFOR is one of the world’s leading forestry research centers and a CGIAR Center.

Prior to becoming Director General, he worked as a researcher, specializing in topics related to forest policy and how policies and non-forest trends affect forests and forest-dependent people.

He worked at the Inter-American Institute for Cooperation on Agriculture (IICA, its Spanish initials) in Costa Rica, at the International Service for National Agricultural Research (ISNAR) in The Netherlands, and at the Nicaraguan Ministry for Agricultural Development and Agrarian Reform.

He has a PhD in Agricultural Economics from the University of Wisconsin–Madison; he is the author and a co-author of seven books and over one hundred scientific publications.