One of our photo contest winners Santosh Rasaily talked to us about the ladies in his photo: two women from the mountainous region of Nepal who were part of a community-based seed production group.

One of our photo contest winners Santosh Rasaily (pictured below) talked to us about the ladies in his winning photo: two women from the mountainous region of Nepal who were part of a community-based seed production group.

Santosh and the other two winners of the photo contest (interviews with them will be posted later this week) will each receive a digital photo camera.

Are you a farmer, a research fellow, a traveler? What do you do in your life?

I am Santosh Rasaily, 27 years old, from the Chitwan district of Nepal. I am currently pursuing a Master’s degree in Genetics and Plant Breeding from Agriculture and Forestry University. When I took this photo, I was working as an intern in the fourth phase of Hill Maize Research Program, a successful project of CIMMYT (a CGIAR research center like Bioversity International).

Recently I joined the Nepalese NGO LI-BIRD as a Research Officer. I am engaged in the ‘Climate Smart Village’ project, in which I share new technology among farmers to adapt with climate change, such as the ‘Direct seeded rice’, a system of rice intensification; the drip irrigation ‘Water harvest technology’; the introduction of new drought and pesticide-tolerant crop varieties. Finally, I am also a cartoon artist.

How would you describe your relationship with agricultural biodiversity? Why is it important to you?

As a plant breeder, I am closely related with agricultural biodiversity. Agricultural diversity ensures food security for the world. If there is an epidemic of a disease in the field, a different variety of the same crop may escape from the pathogen insect or pest, continuing to ensure food. In addition, conserving different kinds of germplasm, such as wild types, landraces, related species, we can select a required gene to plan the breeding program and develop resistant or high yielding varieties. When a diversified agriculture is carried out, it helps the community to be food self-sufficient. 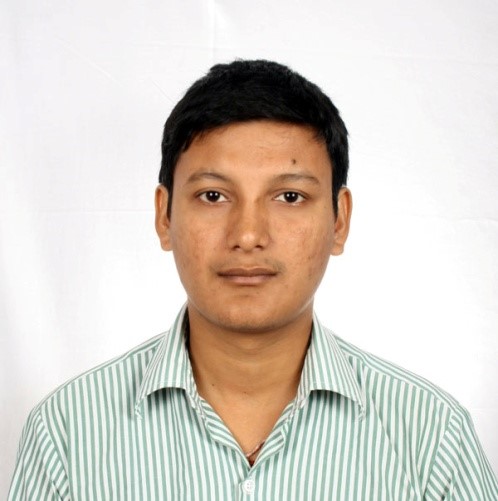 Tell us more about community-based seed production in Sasha village. When was the production group established? What is women’s role here? Is it a seedbank? If yes, how is it managed?

The female farmers group named Janapriya in Sasha Village, Dhading District, was established in 2009 to implement CIMMYT’s community-based seed production programme with the aim of enriching the economic condition of women farmers in the remote hilly areas of Nepal.

The community is engaged in production, marketing and distribution processes, with technical assistance from the Agriculture Development Office District and a support on marketing and infrastructure, either from the government or from the local NGOs.

Farmers are provided with training on both technical and legal procedures of seed production. They collect seeds and sell them to the local companies. The group is managed by 11 members, selected by the vote of the other women. Indeed, women are still the sole managers and owners.

At that time, in 2011, the group involved 40 female farmers mostly from Tamang and Newar ethnicities. Lately they started a community seedbank, and they are busy collecting and distributing locally different rice, vegetable and other crop seed varieties.

How has the switch to improved maize affected the production and community life?

The new approach and the switch to improved maize has doubled the production within the same area. If previously they used to sell 1 kilogram of maize for consumption at 18 Nepalese Rupiah, they now sell the improved maize at 40 Nepalese Rupiah/kg. This improved variety, developed from the National Maize Research Program of Nepal, is medium in size and the husk is tight, hence it prevents the rotting of the cob.

Thuli Shrestha, the farmer showing maize in the picture, told me they had not even imagined that maize could have been the crop ensuring their economic and food security. She says that selling maize seeds has became very profitable. In addition, these women feel proud to earn money as their husbands do.

Are methods such as intercropping, FYM and use of bio-pesticides helpful in preserving local biodiversity? What is FYM?

In the seed production block they used to carry out different eco-friendly agriculture practices such as intercropping, use of bio-pesticide and Farm Yard Manure (FYM) techniques. FYM is an organic practice which consists in covering the farm yard manure with organic materials such as cow dung and urine, useful to prevent the leasing and the vaporization of volatile nitrogenous compound. It also takes care of the conservation of the soil and in maintaining the surrounding biodiversity.

Indeed, to increase the crop production, the benefit cost ratio and conservation of agrobiodiversity, they grow different leguminous vegetables like cowpea and a bean variety which enhances soil fertility through the Rizhobia bacteria. Similarly, in order to make these vegetables organic, they practice the application of the bio-pesticide such as Azadiracta indica and Melia Azadiract. The different approaches pursued, particularly the intercropping of vegetables helps them to fulfill their daily need of food for lunch and dinner.

Learn more about the winners of the 'Women and Agricultural Biodiversity' photo contest and see all 195 images on Facebook.