In most countries of sub-Saharan Africa, a greater segment of rural communities derive their livelihood from crop and livestock farming. Over the decades, effects of climate change, more so greenhouse gas emissions – specifically CO2 – have had diverse consequences on food production.

Western Kenya has a high potential for staple food production and livestock rearing with most people depending on these farming activities for their livelihoods. With an average household of six people albeit with smaller farming areas (a consequence of land subdivision), most smallholder farmers are not able to harvest enough yields that cater for their family meals let alone education and health. However, they are convinced that, if they were better equipped, they could employ better farming methods, as evidenced by some of their neighboring farms. These farms seem to enjoy higher yields and consequently more income.

Soil carbon enhancing practices can make farms more productive. Preliminary results from a study by CIAT’s Decision and Policy Analysis (DAPA) Research Area suggests that maize-legume intercropping leads to improved yields and income. The results point to a business case for other smallholders and suggest that the intervention should be considered by development agencies and governments seeking to improve farms with similar potential.

These findings also suggest that more farmers in the region should be encouraged to adopt soil carbon enhancing practices. Considerations should, however, be made while making the recommendation for adoption so that relevant information that includes the cost and benefits associated with each practice is handled individually rather than providing a blanket recommendation, which might be misleading. Specifically, maize-legume intercropping should be encouraged among smallholder farmers, as there is tangible evidence on its impact on yield and income. Governments and the private sector should thus target interventions that promote the uptake of intercropping as one of the soil carbon enhancing practices. Provision of affordable inputs and capacity building of farmers to improve the skills required to implement these practices, for example, could be the way to go. This could boost the production potential of smallholder maize farmers, and act as a business case for showcasing to other smallholder farmers in other parts of the country and region.

Soil carbon consists of soil organic carbon (SOC) and soil inorganic carbon (SIC), which play a vital role in the sustainability of soil nutrients that are essential for crop and livestock production. However, poor agronomic and soil management practices coupled with the effects of climate change have had diverse consequences on food production. This poses a great danger in most countries of sub-Saharan Africa (SSA), where a majority of households in rural communities derives their livelihoods from farming. The result has been a rise in food insecurity and poverty among the rural communities, a major contributor to the slow economic growth and development (International Fund for Agricultural Development [IFAD], 2013).

Sustainable land management practices that preserve soil quality have been shown to mitigate atmospheric carbon accumulation by sequestering carbon in soils. Soil carbon has a positive relationship with soil organic matter and is an indication of healthy soils that can sustain agricultural production. Some of the practices that have been reported to increase soil carbon include use of farmyard manure and inorganic fertilizer, mulching, agroforestry, soil and stone bunds (which help reduce erosion), and terracing, among others.

In Kenya, most of the soil carbon enhancing practices have been observed in Western Kenya. The region is a food basket because it produces a considerable amount of staple foods such as maize and beans. Moreover, population pressure on land in Western Kenya has resulted in inappropriate land use that has led to land degradation and loss of soil fertility, and subsequently to the reduction in yields and farm incomes. To counteract this effect, many projects are being implemented – by both the private and public sector in the region – to improve soil fertility and crop production. 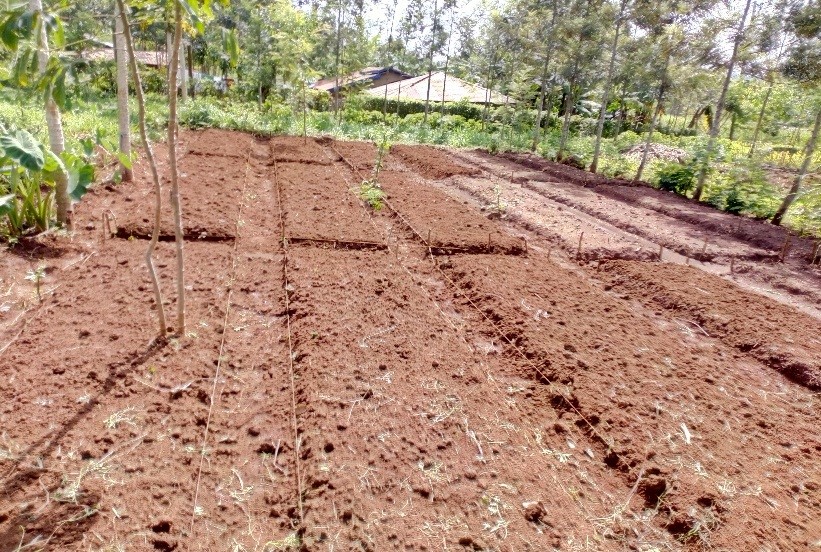 Here we share preliminary results of a survey undertaken in Western Kenya between August and September 2018. However, more comprehensive results will be reported after the publication of the full report in July 2019. 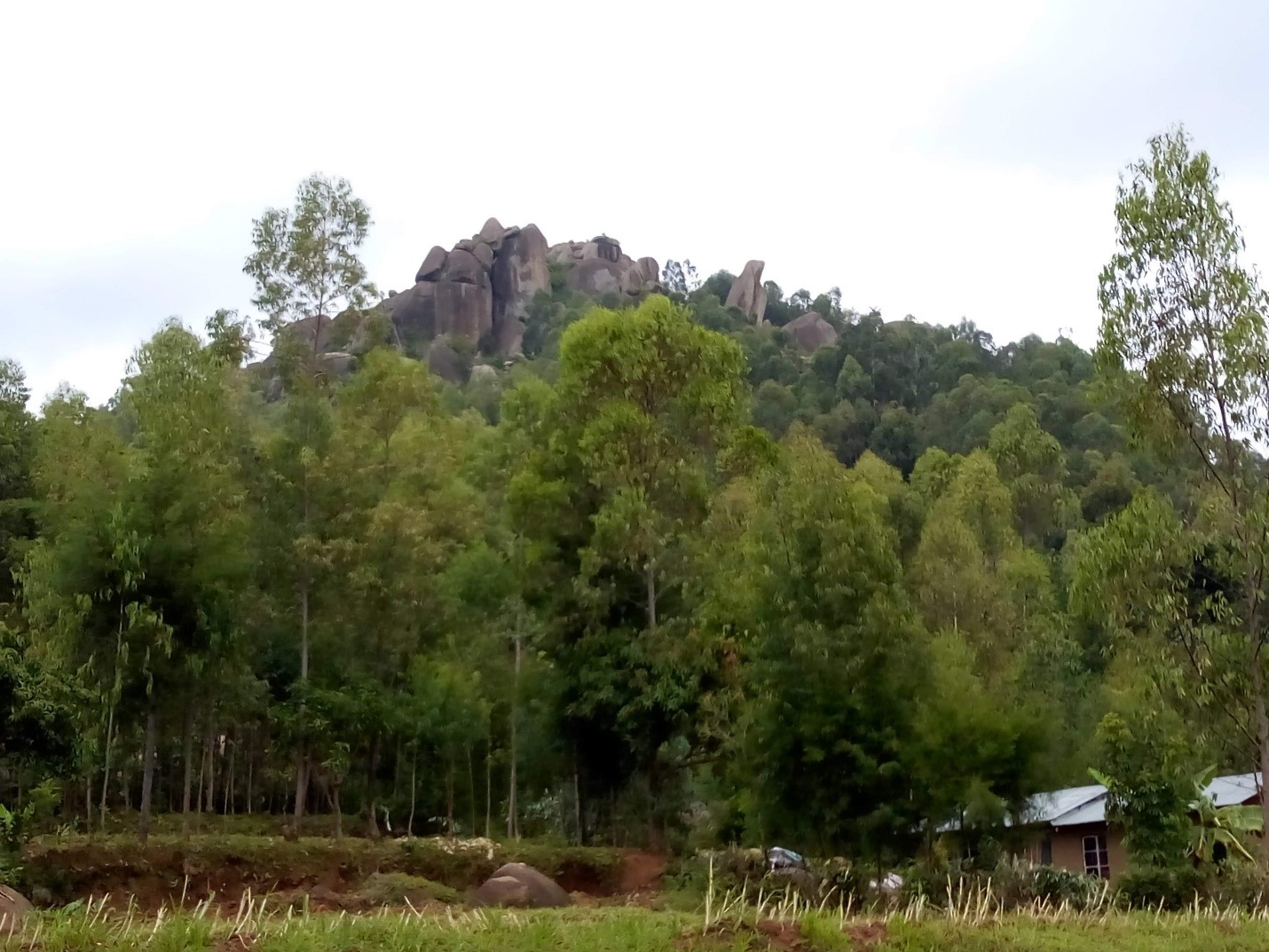 A section of a farm in Western Kenya where agroforestry is practiced.

In this survey, both qualitative and quantitative methods were employed in collecting data. A total of 334 smallholder farmers participated in the household survey, which entailed face-to-face interviews using semi-structured questionnaires and two focus group discussions (FGDs) with stakeholders involved in soil conservation initiatives. Information gathered was used to analyze socioeconomic determinants of adoption of soil carbon enhancing practices as well as the impact on farm output and income. The results show that, while a number of practices that enhance soil carbon are implemented at the farm level, they are largely determined by household characteristics such as age, gender, level of education, farming experience, and income. More than two-thirds of the households use crop and livestock farming as their main source of food and income. Poverty levels are high among the smallholder farmers in the study area as indicated by their asset ownership, which is a proxy indicator of wealth. Although numerous practices exist in Western Kenya, the most dominant ones, as observed from a sample of farmers from Vihiga and Kakamega (Fig. 1) Counties, include the use of inorganic fertilizer, maize-legume intercropping, agroforestry, and terracing. 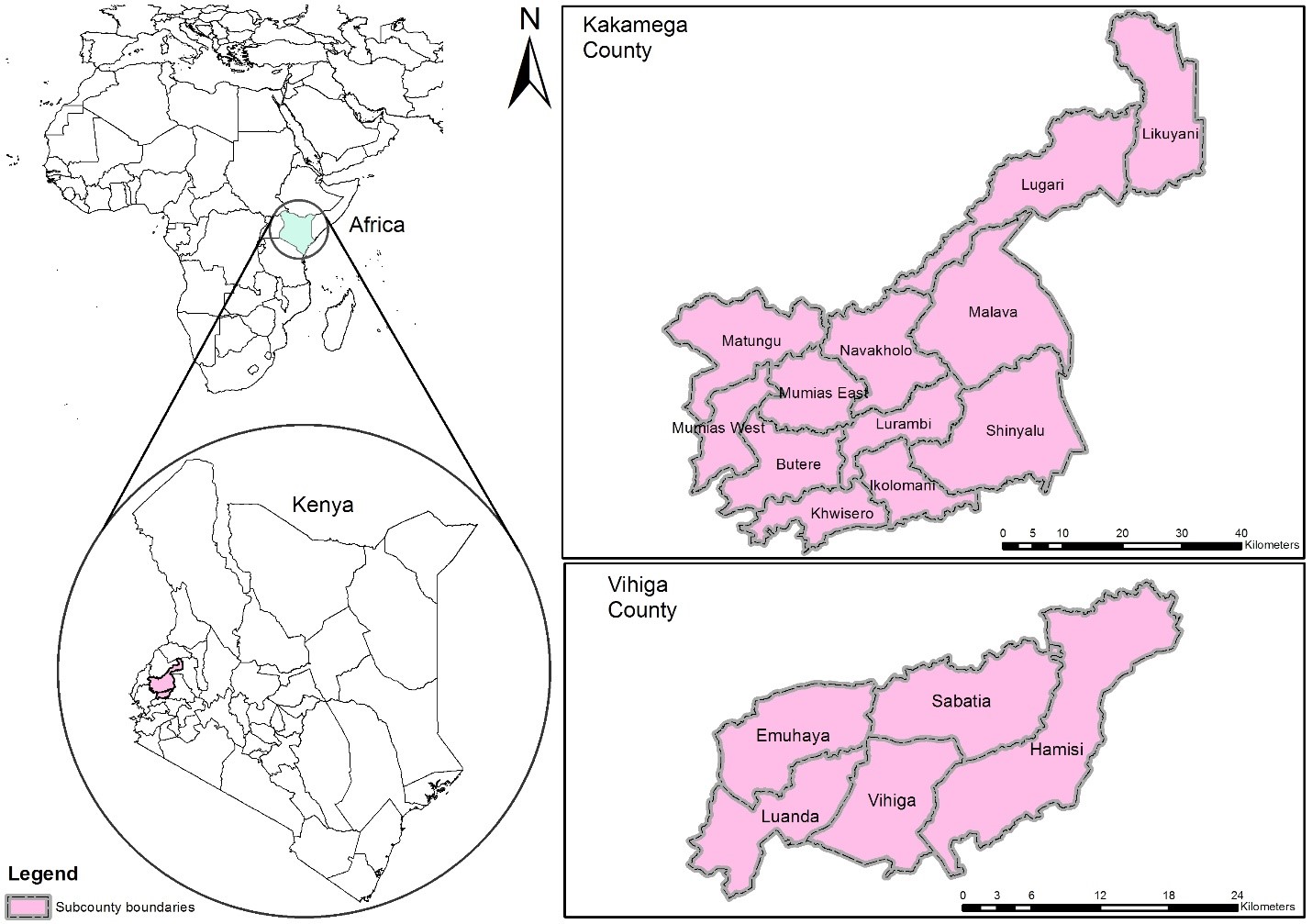 Fig. 1. A map of Africa showing where Kenya is situated, and Vihiga and Kakamega counties where the survey was conducted.

Independently, the uptake of each of the dominant practices is affected by various factors ranging from socioeconomic, farm and/or plot specific, institutional, and biophysical. Notable is the availability of labor as these practices are labor-intensive, therefore, the required inputs cannot be overlooked in their uptake. The slope of the farm is an indicator that soil erosion is expected to occur, and needs to be prevented in order to maintain soil fertility. Gender of the household head in the adoption of soil carbon practices was significantly higher among male-headed households. The level of education was also seen as critical in that it equips households with the skills and knowledge required to implement the practices.

The above are consistent factors in all four practices and significantly determine their adoption. The importance of the four practices is evident in the large percentages of farmers that implement them due to the benefits that they accrue from them. However, a quantification over the shortest period showed that maize-legume intercropping alone had the highest economic impact on farm output and income. It is estimated that farmers who practice maize-bean intercropping compared to those who do not, increased their maize output and income by 240 kilograms (about a 27% increase) and Kshs. 4,800 (about US$50) per acre, respectively. However, no significant effect on soil carbon enhancing practices was observed on beans output. This finding could be due to the fact that beans improve soil fertility on their own through nitrogen fixation. Therefore, the most notable impact on output in this study was on maize.