Iron deficiency is the world’s leading nutritional ailment, particularly in developing countries. It can impair cognitive and physical development in children, while anemia, often caused by iron deficiency, increases risks to women during childbirth. Despite efforts to curb iron deficiency through supplements and fortified foods, it continues to affect an estimated 2 billion people worldwide.

The findings, published today in The Journal of Nutrition, are the result of an 18-week study involving iron-deficient women in Rwanda. It is the first of its kind to show that eating “biofortified” beans bred to contain more iron has a significant impact on iron levels in the blood.

“It really breaks my heart as a woman, as a mother and as a daughter of this continent, to see women and children suffering from malnutrition,” said Mercy Lung’aho, a nutritionist at the International Center for Tropical Agriculture (CIAT), and co-author of the study.
“These results are tremendously exciting because they show for the first time that these beans are an excellent vehicle for delivering long-term, low-cost solutions to a major health problem. This has profound implications for global nutrition, and public health policy.”
These beans are not just great for consumers, they’re also great for farmers. As well as producing good yields, these beans can also tolerate intermittent drought, making them very attractive for bean producers in many parts of the tropics. Steve Beebe

This is a remarkable and exciting finding that shows biofortified beans can help tackle serious nutritional challenges. It’s excellent news for everyone who has supported research into biorfortification, and should be a cause for celebration during the International Year of Pulses. Ruben Echeverría

The beans were developed through HarvestPlus, a joint initiative of the International Food Policy Research Institute (IFPRI), and CIAT. Using native American beans conserved in the CIAT genebank that are naturally high in iron, scientists crossbred them to adapt them to tropical environments and to ensure acceptable grain colour, among other traits. These beans were then shipped to Rwanda.

Hosted by the University of Rwanda’s Faculty of Medicine, scientists then gave two bean-based meals each day to 239 female students aged 18-27, many of who were iron deficient. None of the participants knew if they were serving or eating normal beans or the biofortified variety. The study found that the estimated body iron increase was 0.50mg per kilogram higher in women that consumed the biofortified beans compared to the control group.

“In this study we see a significant reduction in iron deficiency and also an increase in hemoglobin levels of women who ate iron beans,” said lead scientist Jere Haas, of Cornell University. “All consumers have to do is to replace the common variety of beans with more nutritious biofortified varieties.”

While previous studies have shown that staple crops like rice and pearl millet bred to contain more iron can have a positive effect on iron levels in the body, the new study shows the most impressive increases in iron uptake of all the crops studied so far, say authors.

“These beans are not just great for consumers, they’re also great for farmers,” said Steve Beebe, head of CIAT’s Bean Research Program. “As well as producing good yields, these beans can also tolerate intermittent drought, making them very attractive for bean producers in many parts of the tropics.” Beebe is one of the ‘founding fathers’ of biofortification – the use of conventional breeding methods to improve the nutritional value of staple crops. 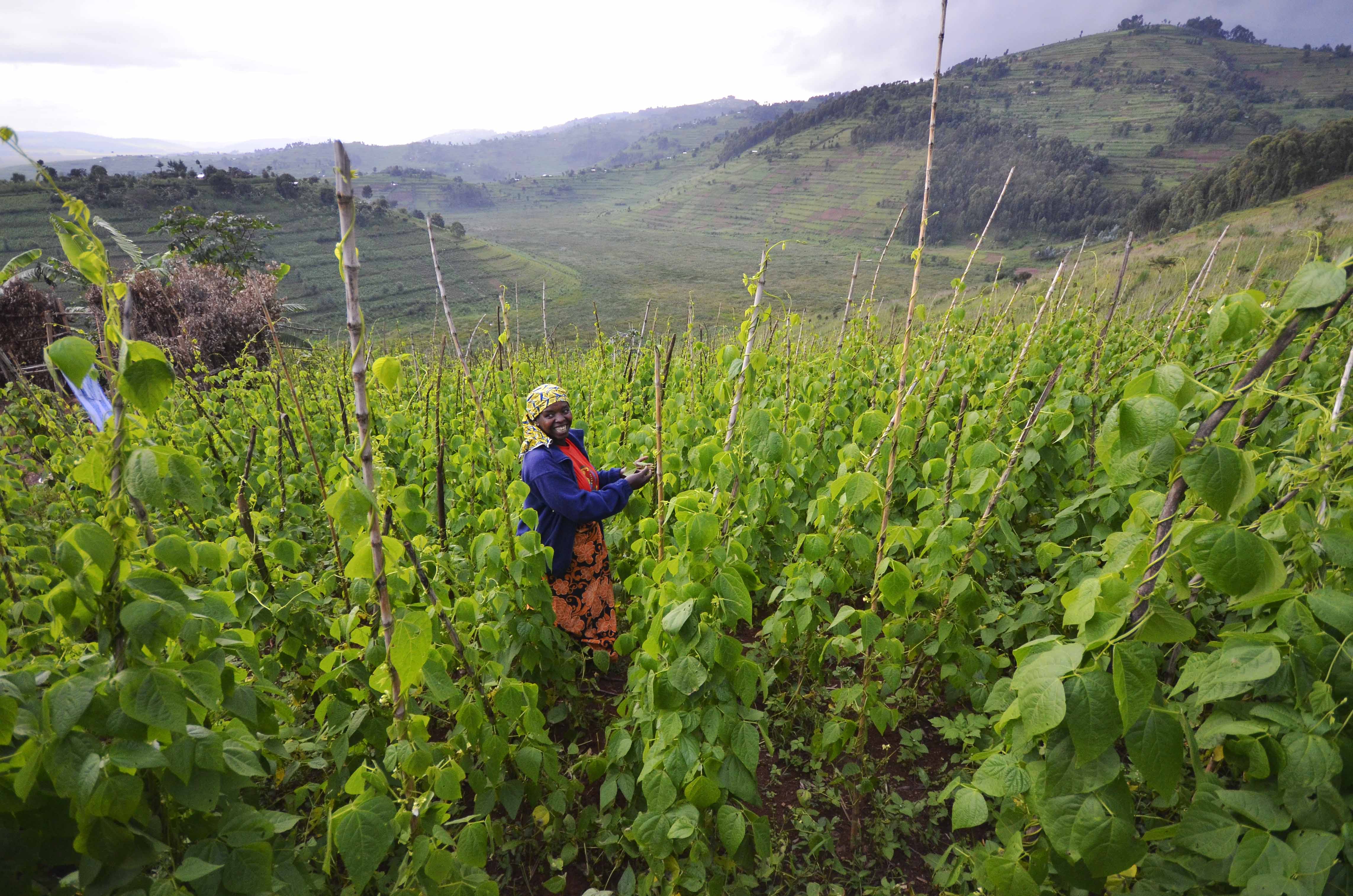 He believes the new findings are not just good news for Rwanda, which has one of the highest per-capita rates of bean consumption in the world, but also bean-producing countries across Africa, and Latin America, where iron deficiency is also widespread. Iron-biofortified beans have already been released in Colombia and Nicaragua.

CIAT Director General Ruben Echeverria said: “This is a remarkable and exciting finding that shows biofortified beans can help tackle serious nutritional challenges. It’s excellent news for everyone who has supported research into biorfortification, and should be a cause for celebration during the International Year of Pulses.”

1. Efforts are required to further improve the yields of biofortified beans beyond those of standard beans. Biofortified beans and the farmers that grown them would benefit from a range of additional traits such as resistance to disease, and adaptation to poor soils.

2. Biofortified beans need to reach those farmers in the form of seed for planting, and creative mechanisms are needed achieve this on a broad scale in different regions of the world.

3. Biofortified beans must be part of public health policies to address malnutrition. To support this, nutritional education is needed to show the importance of biofortified beans and other nutritious crops that can constitute a healthy, balanced ‘food basket’.

HarvestPlus’ principal donors are the UK Government; the Bill & Melinda Gates Foundation;  the U.S. Government’s Feed the Future initiative; the European Commission; and donors to the CGIAR Research Program on Agriculture for Nutrition and Health, of which HarvestPlus is a part.

We would like to thank all donors who supported this research through their contributions to the CGIAR Fund.