There’s an emerging narrative on why deforestation happens in Latin America. And it’s not quite the story that various studies, international policies and news outlets tell.

As noted in a previous blog, a study conducted by CIAT confirms that cacao production is not a main cause of forest loss in Colombia, unlike in several countries in Africa and Asia. Instead, cacao cultivation forms part of strategies to reduce conflict and save forests in the Latin American country.

In Peru, cacao seems to have the same storyline, and under specific conditions, oil palm as well.

Oil palm is a sector that has received a lot of flak. That’s because in recent years, big companies have deforested large areas of the Peruvian Amazon, but every oil palm operation is not necessarily associated with deforestation.

Internationally, industrial-scale oil palm production in Indonesia and Malaysia has converted millions of hectares of old growth or primary forest, thus directly affecting the local wildlife. Production in the two countries accounts for more than 80 percent of the global supply of palm oil.

“In Peru, many associations of small and medium producers claim to have actually grown their oil palm and cacao plantations on lands previously deforested for illicit crops, cattle ranching or other practices. They did so motivated by initiatives promoted by the government and the international cooperation community,” said Wendy Francesconi, leader of Ecosystem Services and Environmental Impact (ES&EI) within the Agroecosystems and Sustainable Landscapes research area at CIAT.

CIAT manages a USD 2 million project funded by Germany’s International Climate Initiative (IKI) to develop zero-deforestation Amazonian business models (SAB) in Peru. The project focuses on the cacao and oil palm value chains in Ucayali, a Peruvian department with a very high deforestation rate. CIAT and its partner Climate Focus worked with the country’s ministries of environment and of agriculture to select the focus value chains and department.

Recently, Francesconi led an exploratory mission to Ucayali, which involved some of the members of the Sustainable Food Systems research team. This included Augusto Castro-Núñez, who leads the IKI-backed sustainable land use systems (SLUS) project in Colombia.

Castro-Núñez headed the CIAT study on the links between cacao production and Colombian deforestation. He is overseeing a spatial analysis on the associations between the production of four commodities – cacao, cattle ranching, palm oil and coffee – and deforestation in Peru.

Results of interviews and discussions with key stakeholders suggest that a large portion of the land now used for oil palm and cacao farming was previously planted with coca or cattle pasture. That’s partly because the government promoted the cultivation of both crops as an alternative to coca leaf production.

“Developing both value chains could be a way to reduce the pressure on the forest and provide sustainable livelihoods if value chain actors follow good production practices,” Castro-Núñez said. “Sustainable business models incorporate into their value propositions a commitment to address the causes of deforestation. Identifying those good production practices and sustainable business models was why we went to the field.”

Francesconi, Castro-Núñez and the rest of the project team have been conducting a series of focus groups, workshops and meetings to learn and discuss about the different aspects of palm oil and cacao production and commercialization. The goal is to begin identifying business opportunities that will reduce the need to expand farming at the expense of the forest, lower carbon emissions and, at the same time, increase the commercial value of the crops due to their sustainable production.

The team has also carried out interviews, field visits and other activities to gather data for mapping value chains, measuring carbon food prints – including those related to land use change – and assessing production costs. It has also met with stakeholders to develop a common vision for zero deforestation in the Peruvian cacao and oil palm value chains. In early July, the team brought together value chain actors in two workshops to determine priority sustainable practices for implementation and assess market interest for sustainable oil palm and cacao products.

“If oil palm and cacao production can actually be a means to restore degraded land, then it could be a potentially economic viable solution to address the drivers of deforestation and sequester carbon,” said Castro-Núñez. “They’ve proven in the past to be stable sources of income for producers – higher than other products competing with illicit crops.” 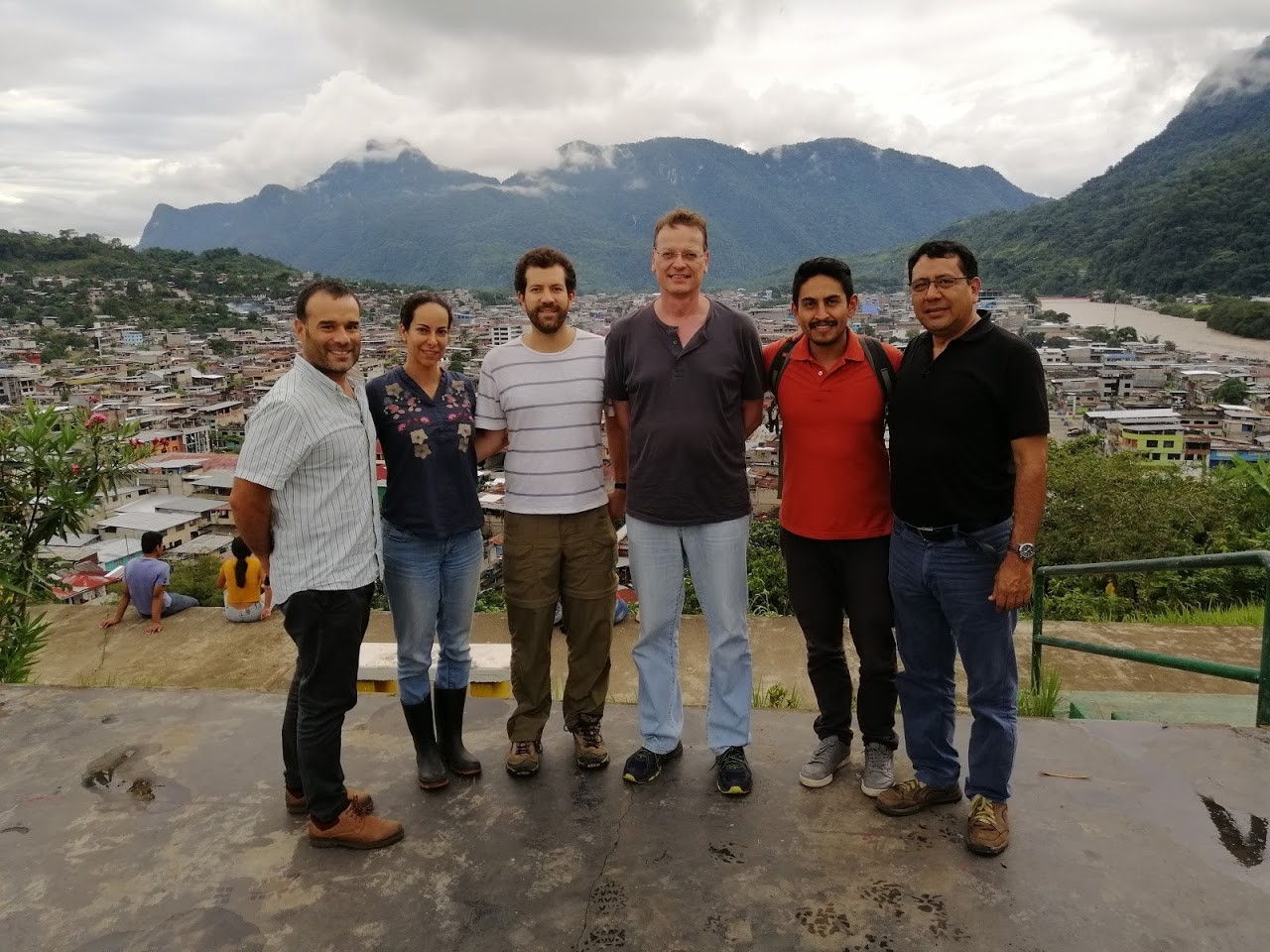 Researchers and experts from CIAT and Climate Focus went to Ucayali, a Peruvian department experiencing significant deforestation, to explore possible business opportunities that will reduce the need to expand farming at the expense of the forest, lower carbon emissions and, at the same time, increase the commercial value of oil palm and cacao due to their sustainable production. From left to right: Augusto Castro, CIAT; Wendy Francesconi, CIAT; Felipe Orjuela García, Climate Focus; Matthias Jäger, CIAT; Andrés Charry, CIAT; and José Sánchez, CIAT. Photo by: CIAT.