Whichever way you drive into or out of Lilongwe, the capital of Malawi, maize is everywhere.

It flanks the roadsides for miles and miles; huge, undulating expanses disappear into the distance. You’d be forgiven for thinking the country was preparing for a bumper harvest.

But you’d be wrong. This is actually what massive crop failure looks like, and everyone here knows it.

At this point in the growing season, the plants should be tall, and the cobs turning yellow. But many plants are green and stunted. A closer look reveals that few are bearing cobs at all.

“It’s a disaster,” CIAT’s Enock Maereka told me, as we drove out of the capital. Over the days that followed, it was a phrase I would hear several times to describe the country’s maize situation. Last year was bad enough, with the government declaring 15 of the country’s 28 districts disaster areas as heavy rains and then a punishing drought hit food production.

But this year it’s off the scale.

It’s the worst drought in 30 years, attributed to a particularly severe El Niño weather cycle that’s left the country’s central and southern maize-growing areas in total ruin. With around 80% of Malawians directly depending on rain-fed agriculture and maize the main staple, it’s no wonder CIAT’s Barthlomew Chataika told me “everyone is panicking.”

As we drove through communities in Linthipe, in the country’s central Dedza district, Barth told me people there were probably eating a single meal a day. They were trying to make what little food they had from the previous season last until harvest-time.

And harvest should have been about to start. But most farmers were leaving their maize in the field, hoping for a merciful rainy spell in the coming weeks to give it a final push. The sky was full of promising, puffy, cotton wool clouds. But each day they just scudded past.

Nevertheless, some farmers had harvested what little they could. Further south, a roadside seller tapped the car window, bearing a bowl of maize cobs. Towards the tip of each one, the kernels were unformed, proof that grain-filling –the vital, final stage in crop development – had failed. Maize like this is probably the best that many farmers can hope for this season, in Malawi and across Southern Africa.

All this was happening just days after CIAT released a study into the likely effects of climate change on crops like maize and beans in sub-Saharan Africa, and how scientists, governments and farmers should prepare. One of its recommendations was continued focus on breeding crops that can tolerate heat and drought. 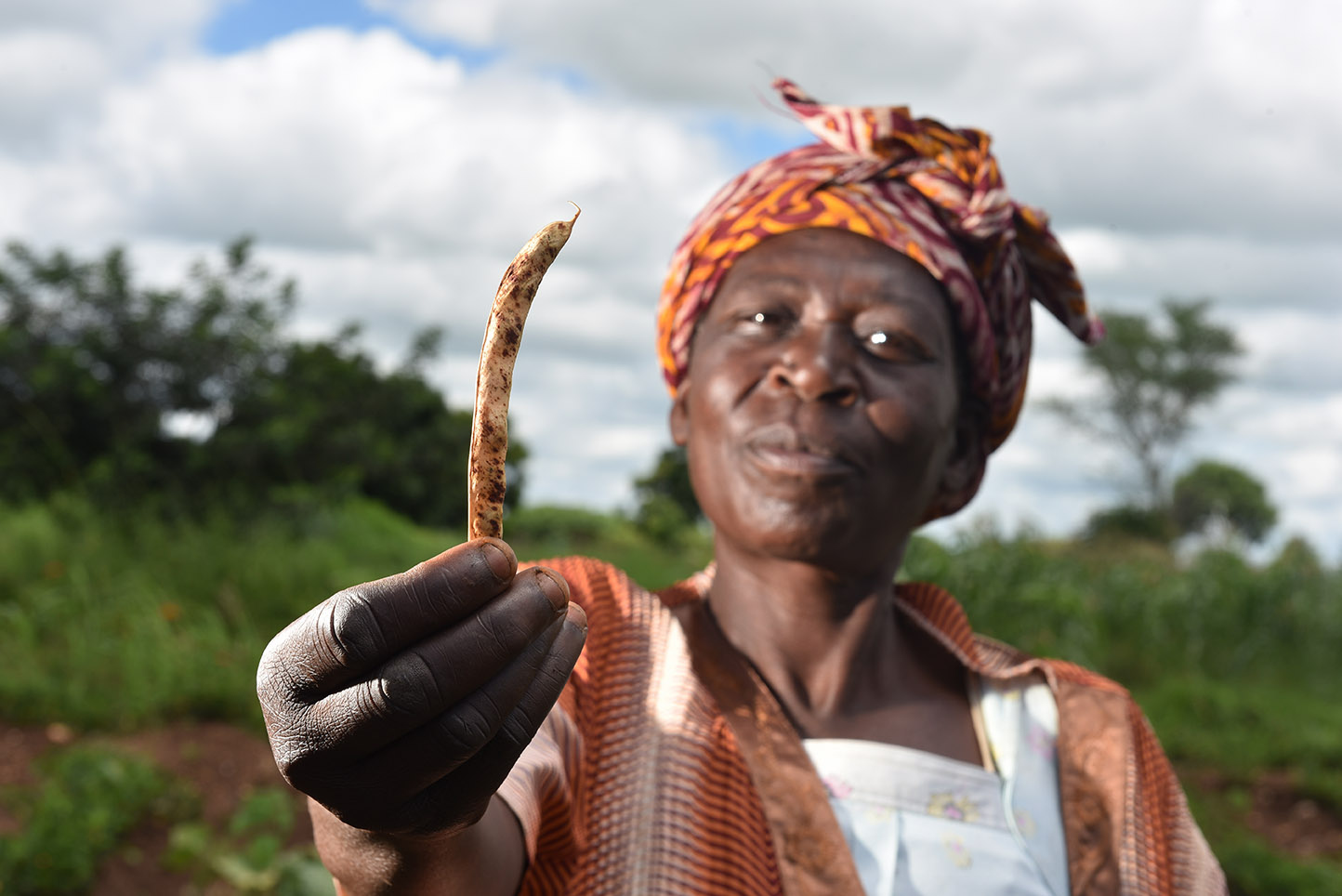 So while the same miserable maize story played out everywhere we went, it was a relief to find some bush beans doing pretty well. To my inexpert eye, the plants looked ill: limp, withered leaves and yellow pods. But those were actually good signs: the beans had successfully completed the grain-filling stage, and were ready for harvesting. Opening one of the pods revealed plump, shiny red seeds. Barth told me that local farmers have started calling them “magic beans”.

The trick was that the beans had been bred to mature early – in around 60 days instead of the usual 90-or-so. It’s an escape mechanism that enables the plant to avoid the crippling drought that – even without the help of El Niño – often strikes at the end of the growing season in Malawi. The beans also have longer roots, helping them reach water deeper in the soil. 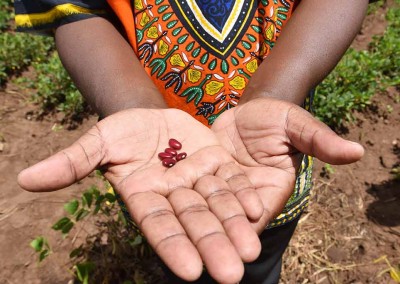 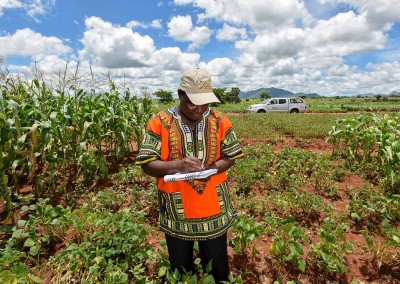 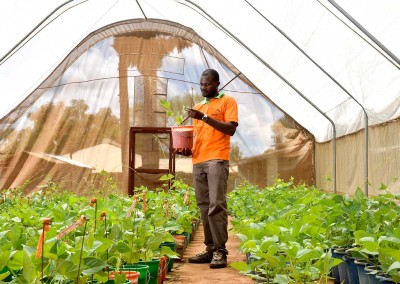 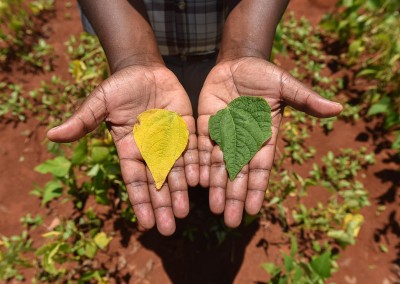 The magic beans’ ancestral home is Mesoamerica – the area from Central Mexico down to northern Central America. Their ancestors were collected and conserved in the CIAT gene bank in Colombia, and screened for interesting traits. That’s where they were found to have the potential to withstand drought. They were crossed and selected for drought tolerance by bean scientists at CIAT headquarters and then sent to Malawi.

Next followed field tests with farmers in Malawi, via the CIAT-led Pan-Africa Bean Research Alliance, together with the country’s Department of Agricultural Research Services. These helped researchers pinpoint the two most promising varieties. The farmers were stunned when they saw how well these beans performed.

More recently the team in Malawi has been testing the beans with different combinations of chemical fertiliser and manure, as well as intercropping them with maize. Seeing the success of these trials from the roadside, other farmers have started asking where they can get seeds (https://www.pabra-africa.org/posters/). Barth hopes that they will see commercial release later this year, in time for the next planting season.

While there is a lot more work to do to climate-proof agriculture in Malawi, right now, even a little bit of magic can go a long way.

Initial trials of the “magic beans” in Malawi were supported by Germany’s Federal Ministry of Economic Cooperation and Development (BMZ). Subsequent work was part of Africa RISING project, a multi-donor, multi-partner effort led by Michigan State University and funded by USAID.

The performance of “magic beans” could be further enhanced through research to: