In 2017, the Payment for Agrobiodiversity Services (PACS) programme, led by Bioversity International (now the Alliance of Bioversity International and CIAT), was able to distribute barely a bottle cap’s worth of amaranth seeds to over 200 farmers across the Cusco region of Peru. The dozens of colored varieties, many with important nutritional characteristics, had all but disappeared from the region as they were displaced by two white commercial varieties that satisfied the globalized market’s demand for uniformity.

This is how the PACS programme intervenes: it incentivizes small farming communities in areas with high crop diversity to continue planting their traditional and rare varieties. The goal is to insure the building blocks of global food security and nutrition through in situ and on-farm genetic resource conservation. The incentives typically take the form of farming equipment or basic household goods. Although budget constraints have been a challenge for PACS pilots, the process of contract bidding allows communities to define the particular material goods that are valuable to them. This has led to general satisfaction despite comparatively modest financial resources.

However, over the years of successes for PACS programmes in Peru, Bolivia, Ecuador and other nations, one of the major limiting factors to programme effectiveness has been seed. In fact, the case of amaranth was a fortunate one. PACS scientists were able to find and use accessions of colored varieties stored in a genebank at Cusco University’s Andean Crops Research Centre (CICA-UNSAAC) to redistribute in local communities, albeit in very small quantities.

Alternatively, the PACS programme in Puno, Peru has been purifying and multiplying several prioritized varieties of quinoa for nearly five years, since no sufficient source of their seed could initially be found. While important community networks can still be cultivated during this process, there is a considerable delay to the momentum and financial support offered through the PACS programme’s contracted incentives, which are only possible once seeds are readily available.

A network of community seedbanks

These key components – seed availability and conservation-based relationships – account for the flourishing PACS programme in Huehuetenango, Guatemala. In 2008, after a series of devastating hurricanes in the region, the global community of agricultural researchers recognized the need for safe seed storage in what is one of the leading sites of domestication and diversification in the world.

Funding and expertise were provided to create what became a network of community seedbanks (CSBs) under the guidance of the Association of Cuchumatanes Organizations (ASOCUCH). In 2017, Bioversity International scientists initiated a PACS programme in partnership with this nearly 20-year-old NGO network to rescue varieties of maize and bean that were disappearing from the landscape.

At every step of the way, the existing relationships fortified the PACS programme. Identification and selection of at-risk varieties were conducted through a series of well-attended workshops using the Four Cell prioritization method, in which community members share their local knowledge of variety characteristics and availability. Afterwards, during the process of seed acquisition, the CSBs served not only as valuable sources of rare seed, but also as a critical platform for communication and organization.

At the region’s annual Agrobiodiversity Fair in 2017, ASOCUCH launched the ‘Most Wanted’ campaign, which brought the message of seed sourcing for extremely rare varieties of maize and bean into small communities across the region. Ultimately, 11 of the 14 prioritized varieties of maize and bean were located and nine were placed under PACS contracts. During the contracted season, farmers are required to return a small percentage of their harvest (~2%) to the project for redistribution, but the remaining harvest can be consumed at home, exchanged, sold, or replanted as farmers see fit.

The existence of the community seedbanks for storage and redistribution of seed was invaluable to the project’s success, but so were the farmers’ enthusiasm and direct relationships with one another. Vitalino Tomás, a farmer that participated in the PACS project in Tictan, explained: “Yes! I will share (seeds) with whoever asks me… I can barter (these seeds) for varieties that I would otherwise buy or for other varieties that are sown like these.”

Between the farmer’s voluntary replanting and the CSB redistribution of the rescued seed, the crop area between the nine varieties increased from 1.6 ha under contract to 12.2 ha in the subsequent season. Furthermore, at the 2019 Agrobiodiversity Fair, 177 farmers expressed interest in planting these rare varieties through their collection of 260 seed bags available for redistribution through the PACS project.

A brighter future for endangered crops

Although the varieties are still considered at risk, such momentum suggests that the on-farm conservation targets could be achieved in the near future. Of parallel importance, ASOCUCH also provided samples of the varieties to the national genebank. This mitigates the risk of total variety disappearance in the case of more extreme climatic events in the Cuchumatanes and demonstrates the important relationship between CSBs and more conventional seed collections at national and international genebanks. This is especially significant, as several of the varieties prioritized in the PACS programme exhibited ecological resilience that would be valuable both regionally and globally, including the drought tolerant black maize variety, which matures within four months, and the drought and cold tolerant red bean, which can be grown at altitudes above 2,500 m.

As Ronnie Vernooy, one of the Alliance scientists who works with ASOCUCH, pointed out, “Community seedbanks are good for PACS, but PACS is also good for community seedbanks.” Vernooy explained that the PACS programme in the Cuchumatanes served as a ‘wake-up call’ for community members, as they recognized the significance of saving disappearing varieties with special characteristics and were inspired to strengthen mechanisms for seed exchange. It goes to show that the integration of CSBs and PACS programmes can provide an important model for a cost-effective and participatory approach to crop conservation that values both agrobiodiversity and the communities that maintain it. 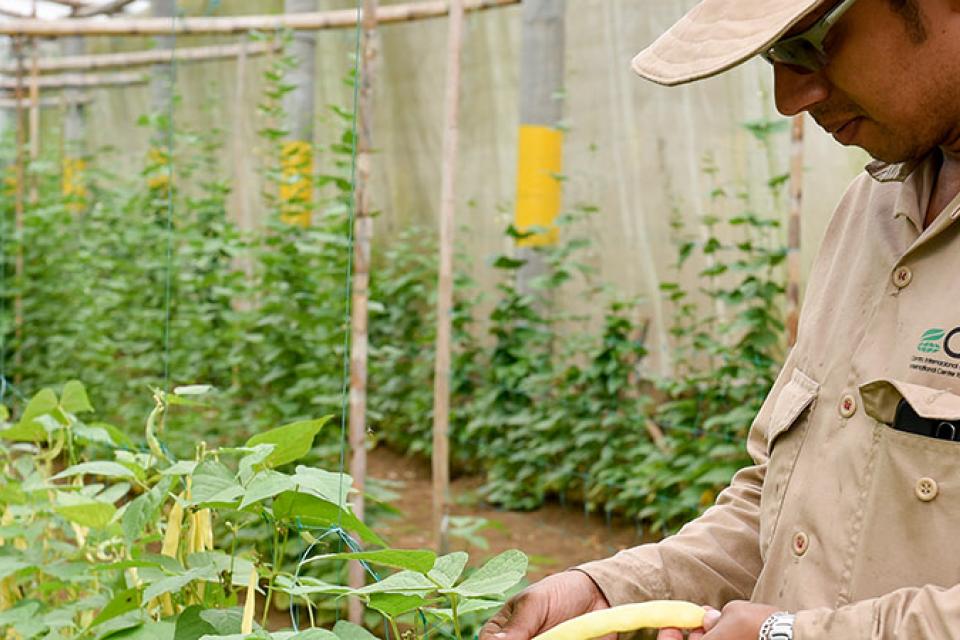 Caring for the seeds of the future during the quarantine