Using artificial intelligence, scientists created an easy-to-use tool to detect banana diseases and pests. With an average 90 percent success rate in detecting a pest or a disease, the tool can help farmers avoid millions of dollars in losses

Artificial intelligence-powered tools are rapidly becoming more accessible, including for people in the more remote corners of the globe. This is good news for smallholder farmers, who can use handheld technologies to run their farms more efficiently, linking them to markets, extension workers, satellite images, and climate information. The technology is also becoming a first line of defense against crop diseases and pests that can potentially destroy their harvests.

A new smartphone tool developed for banana farmers scans plants for signs of five major diseases and one common pest. In testing in Colombia, the Democratic Republic of the Congo, India, Benin, China, and Uganda, the tool provided a 90 percent successful detection rate. This work is a step towards creating a satellite-powered, globally connected network to control disease and pest outbreaks, say the researchers who developed the technology. The findings were published this week in the journal Plant Methods.

“Farmers around the world struggle to defend their crops from pests and diseases,” said Michael Selvaraj, the lead author, who developed the tool with colleagues from Bioversity International in Africa. “There is very little data on banana pests and diseases for low-income countries, but an AI tool such as this one offers an opportunity to improve crop surveillance, fast-track control and mitigation efforts, and help farmers to prevent production losses.”

Bananas are the world’s most popular fruit and with the global population set to reach 10 billion in 2050, pressure is mounting to produce sufficient food. Many countries will continue depending on international trade to ensure their food security. It is estimated that by 2050 developing countries’ net imports of cereals will more than double from 135 million metric tonnes in 2008/09 to 300 million in 2050. An essential staple food for many families, bananas are a crucial source of nutrition and income. However, pests and diseases – Xanthomanas wilt of banana, Fusarium wilt, black leaf streak (or Black sigatoka), to name a few – threaten to damage the fruit. And when a disease outbreak hits, the effects to smallholder livelihoods can be detrimental.

In the few instances in which losses to the Fusarium Tropical race 4 fungus have been estimated, they amounted to US$121 million in Indonesia, US$253.3 million in Taiwan, and US$14.1 million in Malaysia (Aquino, Bandoles and Lim, 2013). In Africa, where the fungus was first reported in 2013 in a plantation in northern Mozambique, the number of symptomatic plants rose to more than 570,000 in September 2015.

The tool is built into an app called Tumaini – which means “hope” in Swahili – and is designed to help smallholder banana growers quickly detect a disease or pest and prevent a wide outbreak from happening. The app aims to link them to extension workers to quickly stem the outbreak. It can also upload data to a global system for large-scale monitoring and control. The app’s goal is to facilitate a robust and easily deployable response to support banana farmers in need of crop disease control.

“The overall high accuracy rates obtained while testing the beta version of the app show that Tumaini has what it takes to become a very useful early disease and pest detection tool,” said Guy Blomme, from Bioversity International. “It has great potential for eventual integration into a fully automated mobile app that integrates drone and satellite imagery to help millions of banana farmers in low-income countries have just-in-time access to information on crop diseases.” 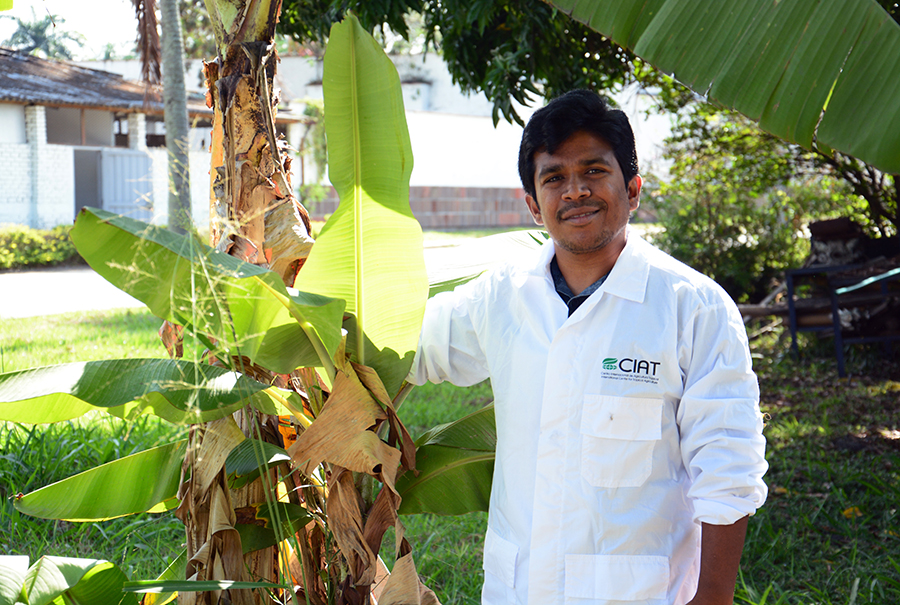 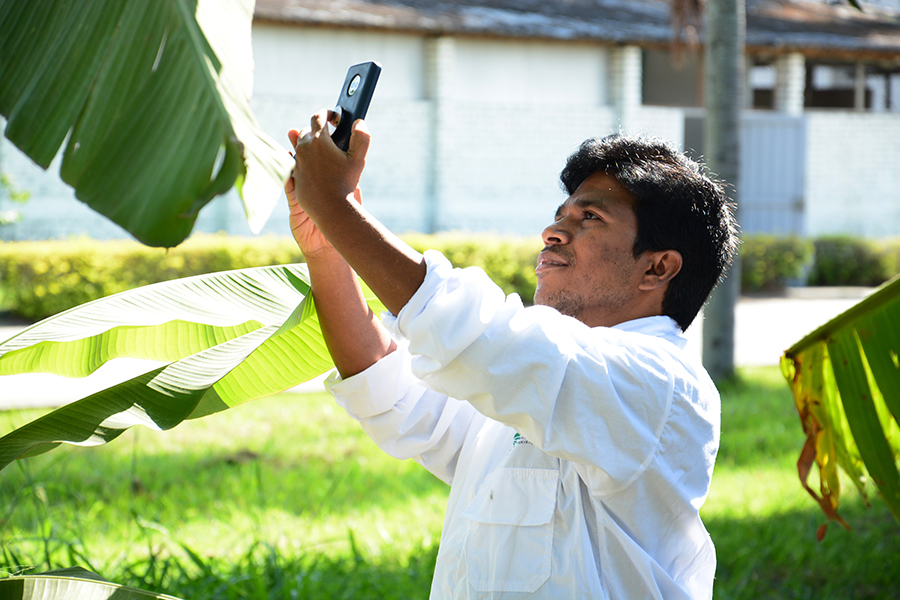 Rapid improvements in image-recognition technology made the Tumaini app possible. To build it, researchers uploaded 20,000 images that depicted various visible banana disease and pest symptoms. With this information, the app scans photos of parts of the fruit, bunch, or plant to determine the nature of the disease or pest. It then provides the steps necessary to address the specific disease. In addition, the app also records the data, including geographic location, and feeds it into a larger database.

Existing crop disease detection models focus primarily on leaf symptoms and can only accurately function when pictures contain detached leaves on a plain background. The novelty in this app is that it can detect symptoms on any part of the crop, and is trained to be capable of reading images of lower quality, inclusive of background noise, like other plants or leaves, to maximize accuracy.

“This is not just an app,” said Selvaraj. “But a tool that contributes to an early warning system that supports farmers directly, enabling better crop protection and development and decision making to address food security.”

This study, implemented by the Alliance between Bioversity International and the International Center for Tropical Agriculture (CIAT), has shown the potential of cutting-edge technologies such as AI, IoT (Internet of Things), robotics, satellites, cloud computing, and machine learning for the transformation of agriculture and for helping farmers.

Bioversity International and the CIAT Agrobiodiversity Research Area supported this project with funding and research expertise for field image collection and processing within the framework of the CGIAR Research Program on Roots, Tubers and Bananas (RTB). RTB works globally to harness the untapped potential of those crops in order to improve food security, income and climate change resilience of smallholders, especially women and youth.

CGIAR is a global research partnership for a food-secure future, dedicated to reducing poverty, enhancing food and nutrition security, and improving natural resources.

You can read the full article in Plant Methods at: