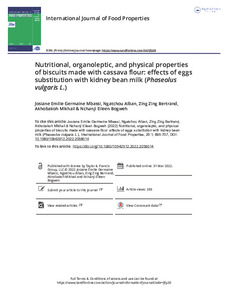 In this research, we explored rainfall variability in the Sogamoso River Basin (SRB), its relationship with multiple scales of variability associated with El Niño–Southern Oscillation (ENSO), and the implications for rainfall prolongation during multiyear La Niña events. First, we examined time-frequency rainfall variations in the SRB based on the standardized precipitation index (SPI) from 1982 to 2019, using wavelet transform and principal component analysis (PCA). In addition, we applied wavelet analysis to investigate the links at different time scales between ENSO and the main mode of rainfall variability in the SRB. Finally, we explored the role that each scale of variability played in the prolongation and intensity of rainfall in the SRB during the 1998–2000 and 2010–2012 multiyear La Niña events. The results of the wavelet analyses revealed significant ENSO relationships affecting SRB rainfall at three different scales: quasi-biennial (2–3-years) between 1994 and 2002, as well as from 2008 to 2015; interannual (5–7 years) from 1995 to 2011; and quasidecadal (9–12 years) from 1994 to 2012. This indicates that multiyear events are a consequence of the interaction of several scales of variability rather than a unique scale. During the 1998–2000 event, El Niño conditions were observed during the first half of 1998; subsequently, a cooling of the central and eastern tropical Pacific (western tropical Pacific) on the quasi-biennial (interannual) scale was observed during 1999; in 2000, only La Niña conditions were observed on the interannual scale. Therefore, during this event, the quasi-biennial (interannual) scale promoted wet conditions in the Caribbean, the Andes, and the Colombian Pacific from June–August (JJA) 1998 to JJA 1999 (during 1999–2000). During the 2010–2012 La Niña event, the interbasin sea surface temperature gradient between the tropical Pacific and tropical North Atlantic contributed to strengthening (weakening) of the Choco jet (Caribbean low-level jet) on the quasi-biennial scale during 2010, and the interannual scale prolonged its intensification (weakening) during 2011–2012, acting to extend the rainy periods over most of the Colombian territory. Variations on quasi-decadal scales were modulated by the Pacific decadal oscillation (PDO), resulting in a further intensification of the 2010–2012 La Niña event, which developed under conditions of the cold PDO (CPDO) phase, whereas the 1998–2000 La Niña occurred during the transition from warm (WPDO, 1977–1998) to cold (CPDO, 2001–2015) conditions. These results indicate that the interaction of quasi-biennial to quasi-decadal scales of variability could play a differential role in the configuration and prolongation of rainfall events in the SRB.