A 5-year study examined the wild plants native to the United States that are relatives of food and agricultural crops; the resilient plants could be critical to feeding a planet beset by climate change; but they need to be conserved before they disappear.

Wild cranberries have a sanctuary in West Virginia and wild peppers have a protected area on Arizona’s border with Mexico. But many hundreds of other crop wild relatives native to the United States – including those related to apples, hops, grapes, pumpkins and sunflowers, to mention but a few – do not have designated conservation areas or, even when warranted, protected status.

The plight of America’s crop wild relatives is an overlooked subtheme in the era of human-driven biodiversity loss. A new study in Proceedings of the National Academy of Sciences for the first time outlines how poorly protected these plants are: More than half of the 600 plants assessed in the study may be endangered in their natural habitats, while only 7% are well represented in conservation repositories such as public gene banks and botanical gardens.

“We don’t usually think of the United States or North America as a hotspot of globally important agricultural biodiversity, compared to regions like the Fertile Crescent, Southeast Asia, or Mesoamerica, where so many of the crops we grow originated,” said Colin Khoury, the study’s lead author and researcher at the Alliance of Bioversity International and CIAT. “But our research shows that there’s a stunning number of native plants that are, or could be, key to the future of agriculture.”

The plants can be found across the U.S., including in Alaska, Hawaii, and in its overseas territories, although certain regions of the continental U.S. are particularly diverse. “We also show that previous efforts to conserve these plants, while laudable, haven’t been sufficient to safeguard this cultural and natural heritage,” said Khoury, who is also affiliated with Saint Louis University and hosted at the U.S. Department of Agriculture’s Agricultural Research Service (USDA ARS), National Laboratory for Genetic Resources Preservation.

Wild relatives of crops are the ancestors and other closely related plant species of the staples on our dinner tables. Having evolved to survive climate extremes, withstand pests and diseases, and to thrive in a wide variety of environmental conditions, these plants have characteristics that scientists can use to breed hardier, more productive crops. Many native species have already yielded great value, for instance, wild sunflowers, which provide up to $400 million in annual benefits to farmers through better resistance to pests and diseases and other traits. Others have proved to be critical to entire agricultural sectors, such as wild native grapes widely used as graft-stocks around the world due to their resilience against the deadly insect pest Phylloxera.

“Continuing to find and use these traits could prove critical to food security and the sustainability of agriculture, both here in the United States and around the world, as climate change and natural resource limitations such as water availability worsen,” Khoury said. “But unless we take urgent action to better safeguard these native plants, many will probably disappear.”

Wild plants are constantly under pressure as their natural habitats are disturbed or destroyed, and as invasive species and climate change make their native homes more difficult to thrive in. Many crop wild relatives, such as wild peppers, are also harvested by people, presenting a unique challenge for conservationists to ensure both that locals have access to plants of cultural importance, and that the species survive for the long term.

Wild relatives that need urgent conservation include those of cereals, fibers, fruits, nuts, oils, pulses (such as beans), spices, sugar and vegetable crops. Collectively, these crops are worth at least US $116 billion a year to U.S. producers, according to the USDA. Robust protection of these plants in conservation repositories would cost a tiny fraction of those proceeds.

Examples of crop wild relatives that are highly threatened include a salt-tolerant sunflower native to a few locations in New Mexico and Texas, a wild pumpkin occurring only in south-central Florida, and a wild rice inhabiting one small stretch of the San Marcos River in Texas.

“The USDA ARS has prioritized collecting and safeguarding crop wild relative species within the United States. Our project helps provide the information needed to make this happen,” said Stephanie Greene, a USDA ARS Supervisory Plant Physiologist and study co-author. “Along with conservation practitioners in botanical gardens, land management agencies, and other interested organizations, USDA ARS scientists will be taking these findings forward to collect these important genetic resources.”

The work ahead is substantial. Scientists need to collect plants in the field, increase the capacity of conservation facilities to care for the species for the long term, and study the plants so that information on their potential to support agriculture is widely available. Dauntingly, this is needed against a backdrop of declining numbers of field botanists and other practitioners who are essential to this work.

“Reliable information is needed to minimize gaps in the conservation of crop wild relatives, which ultimately benefit all of society,” said Anne Frances, Lead Botanist at NatureServe and co-author of the research. “Completing and regularly updating our understanding of which plants are at highest risk of extinction is essential to prioritize and guide conservation action. This study takes a giant leap towards providing this essential information.”

Establishing new protected areas for the species, especially in rapidly urbanizing areas of the country, will be a huge challenge. Alternatively, taking advantage of existing protected areas and other open spaces where the plants grow can provide easier wins. In many places, simply ensuring land managers are aware of crop wild relatives on their lands would make great progress toward their conservation. In some areas of the country, the authors acknowledge, these wild plants are barely recognized, and may even be mistaken for weeds or invasive species.

“By evaluating 600 species across the country we were able to identify geographic hotspots of crop wild relative diversity,” said Daniel Carver of USDA ARS and Colorado State University, and co-lead author. “We’ve compared this information with the locations of the thousands of natural protected areas in the U.S. to showcase where habitat conservation of these species is currently occurring and where the gaps in protection need to be filled.”

Protecting and making sure that these useful plants are available to present and future generations requires not only conservation action but also raising awareness. Hobbyists, gardeners, and nature lovers of all ages can get in on the action. A good way to start is with a visit to one of the countries’ hundreds of botanical gardens, which in combination boast some 120 million visitors in the U.S. during a typical year.

Botanical gardens are ramping up their efforts to inform the public about crop wild relatives, which occur not only in the wilderness but also in local parks, neighborhoods, and peoples’ back yards. “Botanical gardens and other organizations interested in crop wild relatives could play a pivotal role in introducing these plants to people, communicating their value and plight, and better connecting the concepts of food security, agricultural livelihoods and services provided by nature for the public,” Khoury said. 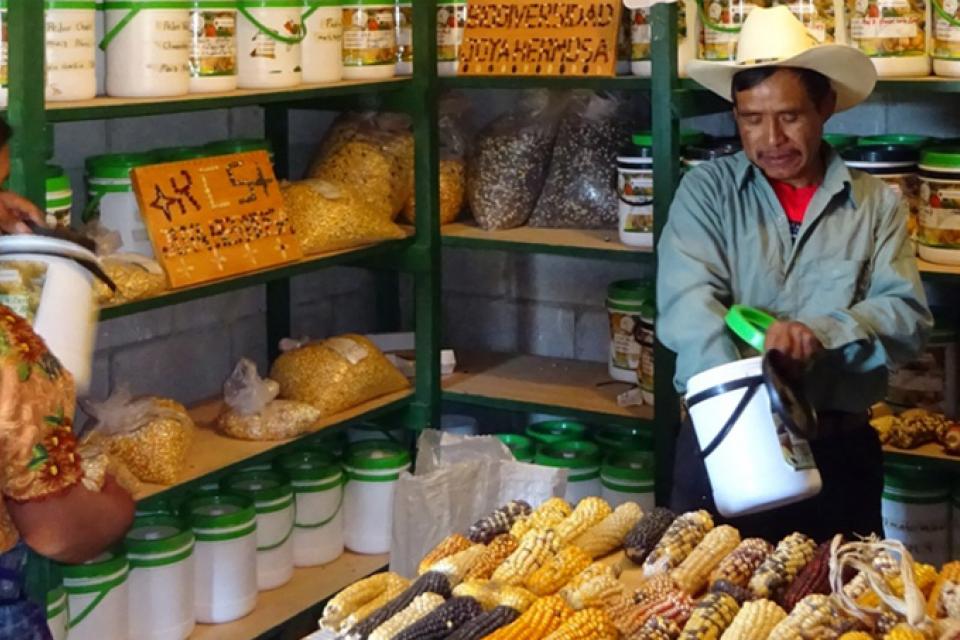 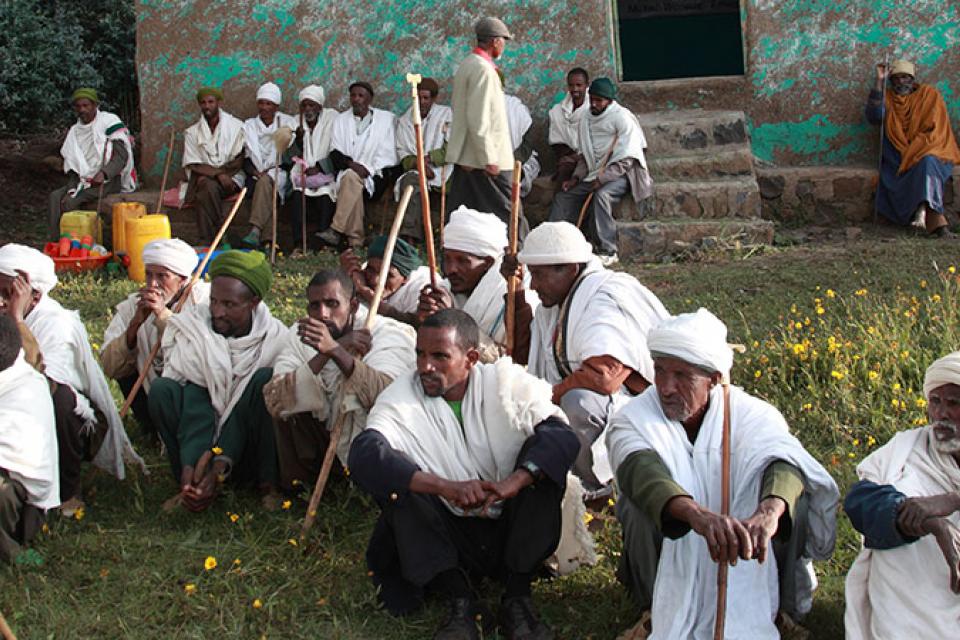