CIAT and the National Institute of Nutrition of Vietnam (NIN) launched a collaborative Partial Food Systems Baseline Assessment at different sites in the country. The aim of the study is to elucidate specific components of local Vietnamese food systems along a rural to an urban gradient, with a specific focus on (i) diets and nutrition, (ii) nutrition status (anthropometry), (iii) consumer behavior and (iv) food flows.

Collaborators first launched a preliminary survey in the peri-urban Dong Anh District. Later this month, they will begin collecting data in Cau Giay District, a district representative of urban Hanoi.

The assessment is part of the CGIAR Research Program on Agriculture for Nutrition and Health (A4NH). This Integrative Research Program responds to the global challenge of improving food security, nutrition, and health, by taking a perspective that begins with consumption – rather than supply – of healthy, affordable and safe foods. 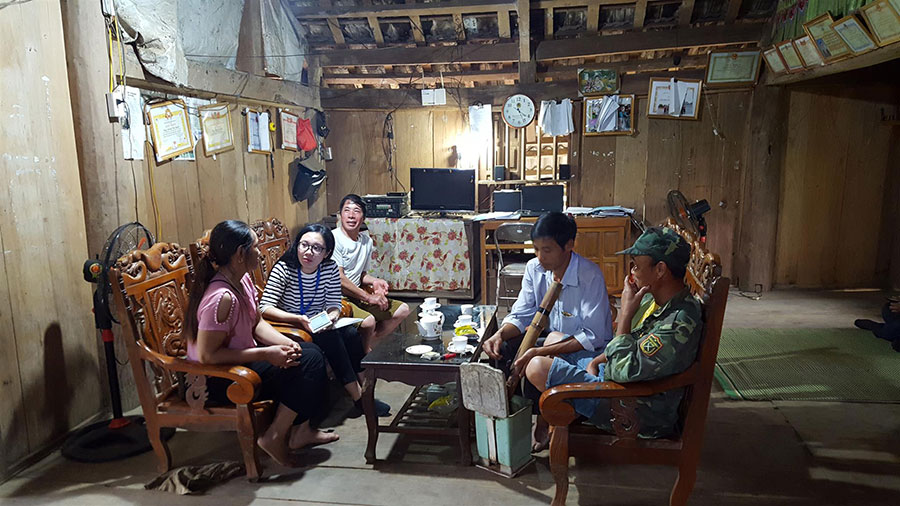 Additional countries in the baseline assessment are Bangladesh, Ethiopia, India, and Nigeria.

Recognizing that food systems research requires different scales and levels of resolution, the three districts serve as benchmark sites. The in-depth studies can help paint a comprehensive national picture by zooming in on contrasting realities and possible rural-urban linkages at the sub-national level.

The three districts are:

By selecting these three districts as benchmark sites, the partial food systems baseline assessment will allow for a systematic comparison between urban, peri-urban and urban spaces. Furthermore, it will open long-term comparative studies, should similar assessments be repeated.

Preliminary results are expected by the end of 2018 and will be published on CIAT’s website and the A4NH website http://a4nh.cgiar.org/. Its database will be available at https://dataverse.harvard.edu/dataverse/CIAT for references. 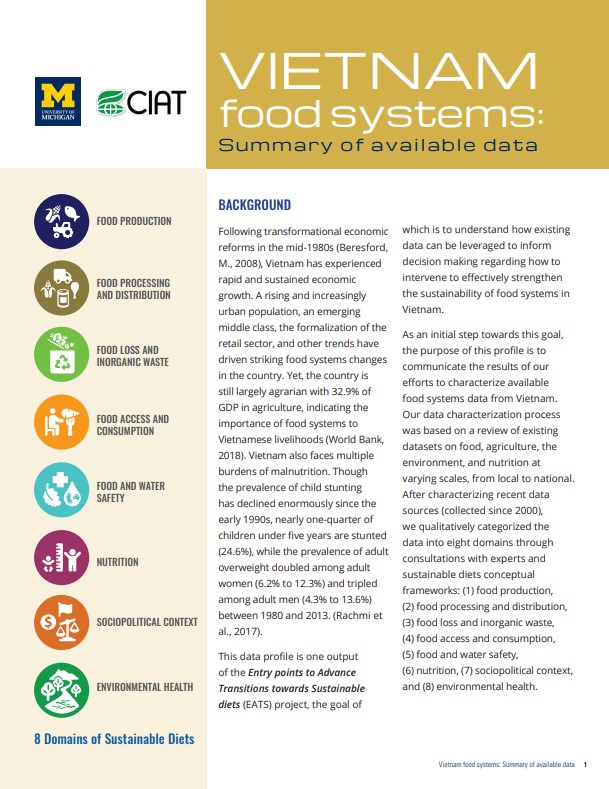