New experiments on disease resistance, massive propagation, phenotyping and molecular diagnostics were highlights of a weeklong cassava workshop that brought in experts from around the world.

Nguyen Ba Tung is used to traveling long distances to get a job done. His office at Vietnam’s Hung Loc Agricultural Research Center is about 250km away from his field research site, where he experiments with cassava in hopes of creating disease-resistant varieties urgently needed for Southeast Asia’s multibillion-dollar cassava industry.

A recent round-trip to Colombia -- which can take more than two days in each direction -- was well worth the time invested, Nguyen said.

“Because I’m young, the biggest motivation to come here was to learn,” said Nguyen, who at 28 years, was one of the youngest cassava breeders at the May workshop held at the Alliance’s campus in Colombia.

“We had a lot of experienced scientists here. Everything I learned from them will be helpful for my job and institution in Vietnam.”

Cassava growers and breeders in Vietnam, like almost all others in Southeast Asia, are in a race against Cassava Mosaic Disease, or CMD, which threatens a roughly $4 billion USD industry that processes cassava into starch for products ranging from food additives to glue. Spread through the planting of infected stems (cassava is generally reproduced through cut plants), unchecked spread of CMD can slash production by 50-80% from one season to the next, calculates Chalermpol Phumichai of Thailand´s Kasetsart University, who also participated in the workshop.

“The techniques I learned here can help increase the efficiency of my work,”

Nguyen said, adding that he was inspired by seeing the new home for the Alliance’s cassava germplasm (cloned varieties kept in vitro for breeding new varieties) at Future Seeds, CGIAR’s newest genebank. “It improved the mindset and importance for maintaining germplasm for the future.”

The cassava industry in Southeast Asia is relatively young. That youth extends to its research programs, farmers’ experience in propagating the crop, and industrialists’ management of the commodity. CMD, too, is a recent arrival, which has sent everyone in the cassava value chain rushing to find ways to mitigate a very expensive problem.

Cassava breeders like Nguyen and Phumichai are crossing CMD-resistant varieties supplied by the Alliance and the International Institute for Tropical Agriculture, based in Benin. Success depends on several factors – including a bit of luck: Two or three years could be the minimum before a desirable variety is found. This is partly because disease resistance isn‘t enough - a new variety needs to meet high standards from producers and industry in terms of yield and starch quality. But there are several ways that breeders can speed up the process.

During the workshop held at the Alliance’s campus in Colombia, which is home to a large part of the 80-member global cassava research program that can trace its origins to the late 1960s, breeders got hands-on experience with techniques to induce flowering (bathing plants in red light at night) and pollination (by using the technique of pruning the first branching of the cassava plant, it is possible to reduce the time of botanical seed production. At the same time, hormones are used to induce the production of more female flowers, which is directly related to higher seed production).These and other techniques can speed up the maturation of experimental varieties.

Keeping ahead of the next CMD

Workshop participants also learned the potential gene editing has for speeding up trait selection in crops: breakthroughs in this technology could be a key tool, along with traditional breeding, to address cassava challenges related to diseases, climate -- and in regions where it’s eaten – nutritional content and consumer preferences.

And because there’s no way to know when the next major cassava disease will arise, attendees also learned about disease monitoring that is coordinated by the Alliance, which is done in near real-time to keep a lookout for CMD and other plant diseases. New phenology techniques (using drones and cameras to quickly gather data on how experimental plants are growing), propagation methods, best practices for germplasm storage and use, data management and sharing, and tunnel system bioreactors were also part of the program.

Participants agree it was a great opportunity to share information after two years of pandemic-related restrictions on travel that hampered collaboration.

“It would be good to have a collaboration now,” said Phumichai, referring to better data collection and sharing across countries in Southeast Asia. “We need to work together and share our data together.”

Nguyen looks forward to working together on the region’s shared cassava problems. “I hope our cooperation will have many good results,” adding, almost jokingly. "Including maybe a cassava variety that will flower closer to my office.” 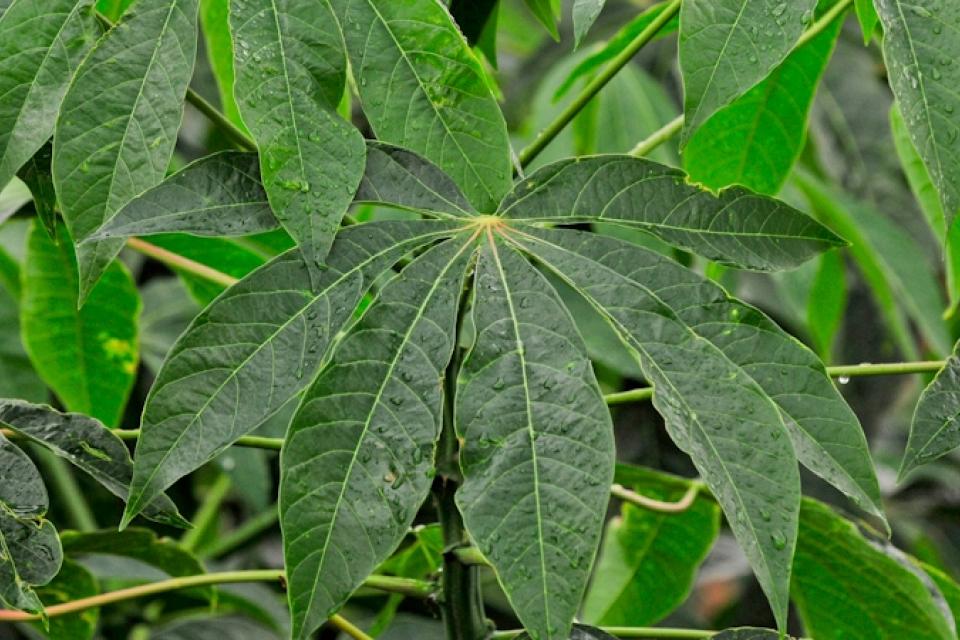