It looks like any other day. The 18 workers of this CIAT laboratory are wearing their white coats and are very concentrated on their work: some count seeds, others, assisted by a giant magnifying glass, remove the seeds that are punctured or broken, and others pack them in metalized, vacuum-sealed bags. The last verification is of identity. Those that pass the visual test are compared with the photos of the original seed kept in a computer. All is silent, except for a few moments when two machines perform their tasks.

Some hundred thousand seeds pass under the ‘eagle eyes’ of these workers every day. Before getting to that point, they have undergone a rigorous process in experimental fields and in other laboratories where they have passed through control filters of quality, purity, and health. There are 80 people who work so that the seeds may remain alive for up to half a century. Some could manage to live for as long as 900 years.

But this is no ordinary day. Two blue boxes are waiting on a typical laboratory counter. A few at a time, the special guests arrive for this “send-off ritual.” It is the first of the year, number twelve in the history of the Genetic Resources program since CIAT has been working under the International Treaty on Plant Genetic Resources for Food and Agriculture and began to send its collection of bean and tropical forage seeds to the Svalbard Global Seed Vault, in far away Svalbard, a thousand kilometers from the North Pole. CIAT is part of this global effort for people to have access to food, in quantity and quality, for centuries to come. This is what is known as food security.

At one side is scientist Daniel Debouck. The two blue boxes are never far from his gaze. According to the researcher, who, along with his team, has been meticulous in his management of this shipment, “If one wanted to document the movement of the seeds across these past 500 years, these two boxes contain all the material for a stupendous class with students.” 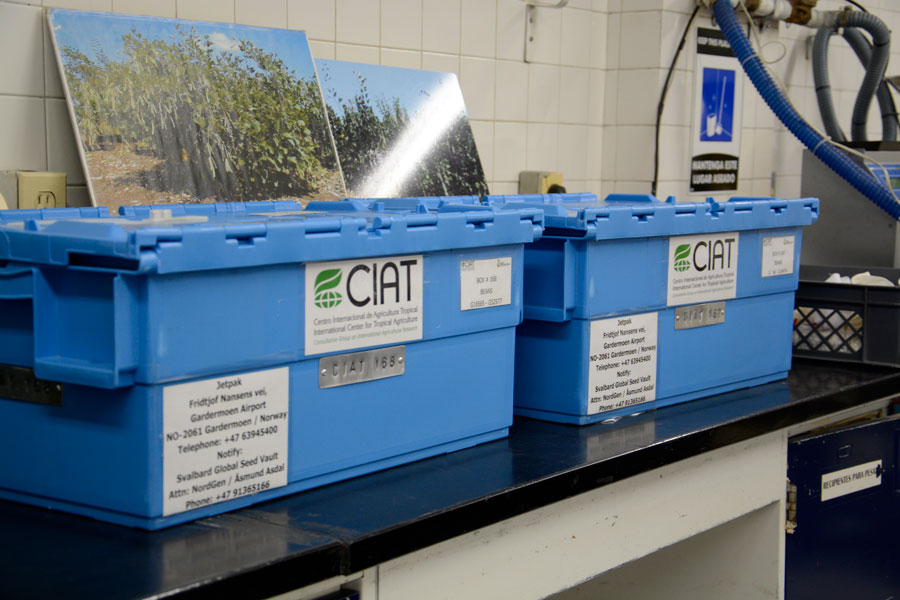 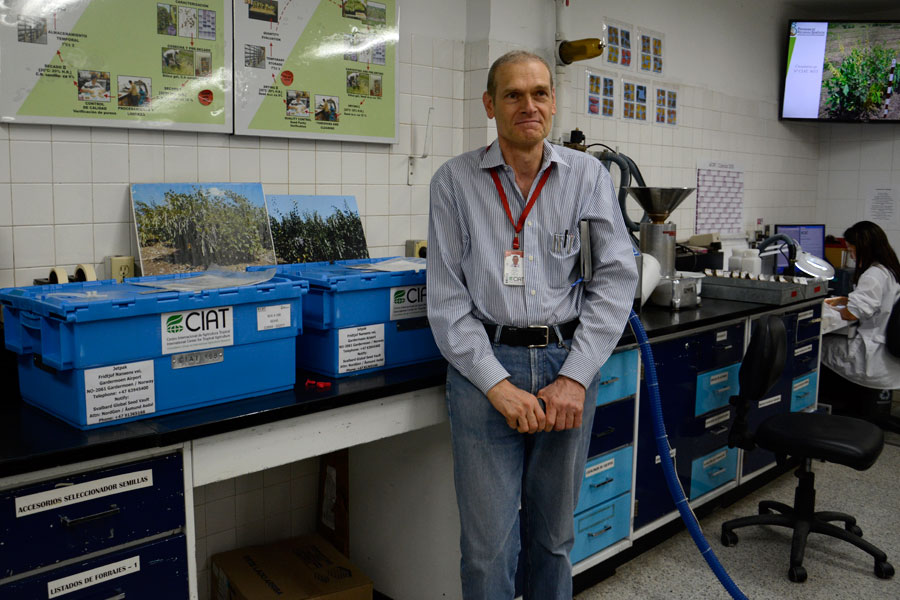 And diversity is what characterizes this material. There are 323 varieties (vegetable samples), a total of 31,550 bean seeds, which are ready to start their voyage toward the North Pole. Some of these varieties no longer grow in the fields of their countries of origin. They disappeared.

Representatives from the Colombian Agricultural Institute (ICA) also arrive. A phytosanitary export certificate testifies that the seeds are leaving the country free of pests and diseases. The mission is also accompanied by program researchers, security personnel from CIAT and DHL Express, the shipping company that has the tremendous responsibility of delivering the seed travelers safe and sound to the Gardermoen airport in Oslo, Norway.

Although in this shipment the anti-narcotic authorities are not present, as they generally are, the procedure is followed: random samples of seeds are taken from both boxes. A click is heard when a bean kernel is broken to confirm that this shipment is clean. 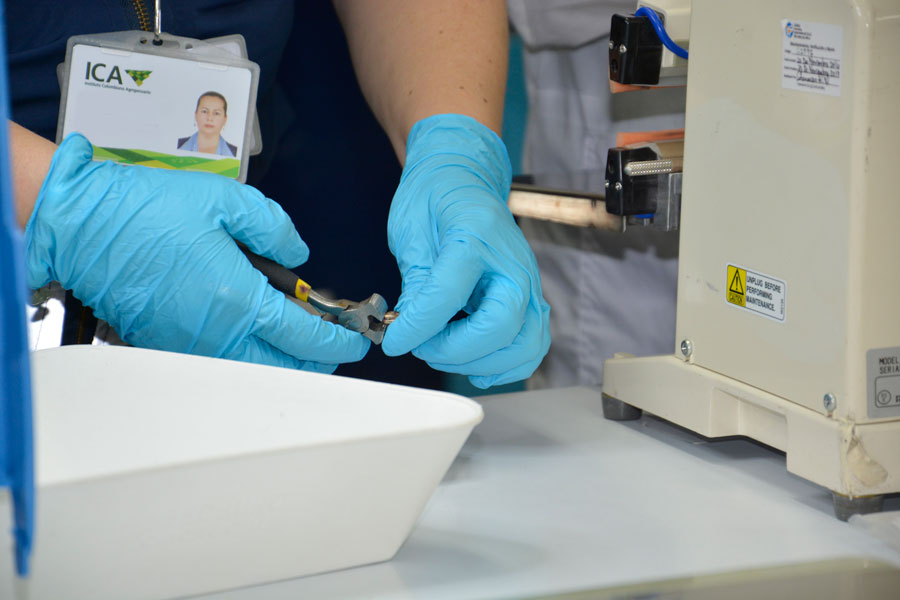 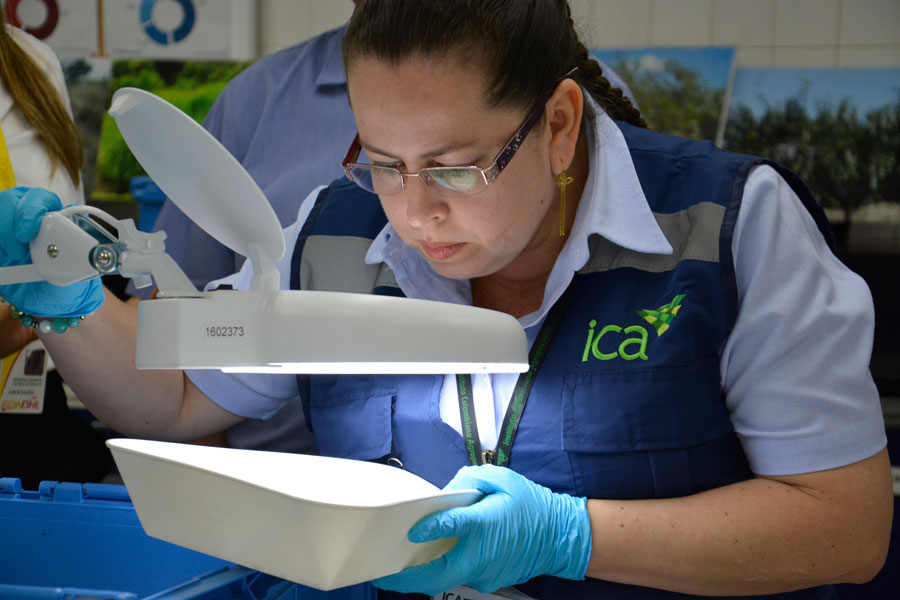 Another sort of click is also heard – multiple clicks from a camera. It is Leonardo Caproni, an Italian, a student in his last year of a doctorate from the University of Perugia. With his camera, he is recording each movement. He is very excited; he cannot believe that he is in the place where 46 bean species, among the 70 to 90 species that exist in the world, are kept safe. It is even harder for him to believe that he is here at the precise moment when the prime material of his studies is traveling to the North Pole, never to return.

It is a crossing that will take four to five days. Palmira – Bogotá – Miami – Cincinnati – Leipzig – Copenhagen – Oslo. There, staff from the Nordic Genetic Resource Center will gather the boxes for their final voyage to the vault after flying over the Arctic Ocean.

Ten years of the jewel of the crown

In addition to achieving a back-up copy of 94% of its collection of beans and 92% of forages in Svalbard, CIAT’s genebank is also celebrating the quixotic idea of the Government of Norway from ten years ago of converting an old mine into a seed bank for humanity.

Because of that, the so-called “Doomsday seed vault” or ‘Noah’s Ark for seeds,” is celebrating. In the vault, at 120 meters of depth in a mountain of the Norwegian archipelago of Svalbard, more than a million samples are kept, which have arrived from almost every country in the world.

On 5th anniversary of the Svalbard Global Seed Vault on Feb. 26, 2013, the total safety back-up collection stood at 774,601 seed samples deposited by 53 institutions from around the world. Pictured here: Part of @CIAT_'s shipment leaving its Colombia-based genebank. #SeedVault10 pic.twitter.com/qNM07nf7co

And CIAT has been a protagonist in this history of conservation from the very moment the vault was inaugurated, on 26 February 2008. Three weeks before the largest seed storage center in the world was opened, CIAT sent 21,698 samples of beans and 9,213 samples of tropical forages – a total of 30,911 materials. This number ranked CIAT in third place among the twenty institutions that initially placed seeds in storage in Svalbard. Today, ten years later, CIAT’s genebank has sent a total of 35,789 materials of beans and 20,284 materials of tropical forages originating from 141 countries.

At the head of this jewel of the crown is the Crop Trust foundation, the international organization that works to conserve the diversity of crops in a permanent manner, and which finances the most important genebanks in the world, among which is CIAT’s genebank.

“It is a time to celebrate that the system is working. What started ten years ago is today a key element in all that has to do with food security at a global level, and at CIAT we are very proud to be a part of this mission.” Peter Wenzl

This Monday is the celebration of the “Aluminum anniversary” of the Svalbard seed bank, which has received 70,000 samples of seeds from all over the world in this first opening of the year (it is opened only three times). There, at minus 18 degrees Centigrade, are the two sealed blue boxes, marked with the labels CIAT 167 and CIAT 168. It is a party not to be missed.

A new home for the future 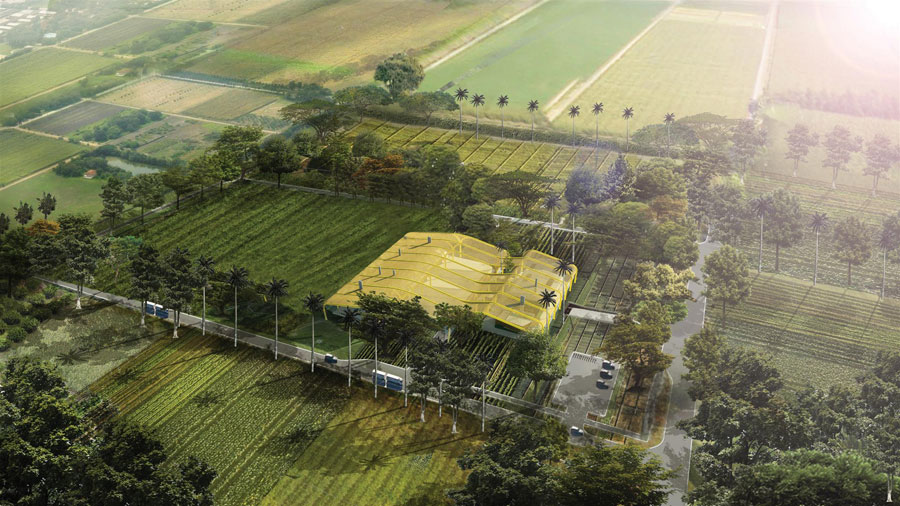 To contribute to the conservation of the biodiversity of vital crops, CIAT, through the Seeds of the Future initiative, is leading the construction of a state-of-the-art genebank for the conservation and distribution of beans, cassava, tropical forages, and their wild parents.

The bank and the new facilities of the scientific complex will be used to:

– Increase the capacity for conservation and distribution of the collections.

– Identify traits of nutritional value and resilience to climate change of the different varieties, in order to contribute to food and nutritional security at a worldwide level.

– Raise awareness of the importance of conservation of biodiversity, in order to encourage the scientific spirit in the new generations in Colombia and in the world.

See the video of the new germplasm bank