Smallholder farming based on mixed crop and livestock rearing remains relevant in most countries in Sub-Saharan Africa where livestock, and specifically dairy, plays multiple roles in households and livelihoods. Because households are composed of women and men as players, understanding their gender-disaggregated perceptions has potential to influence specific improvements, depending on the views and roles played by each party. Even within the same locality, the perception of women and men may differ. As part of a project aiming at improving access to quality feed, forage seed and developing forage seed business models for the dairy sector in Kenya and Uganda, the Alliance of Bioversity and CIAT, ILRI and Dairy cooperatives in Kisii and Meru, performed participatory assessments involving 80 households, on March 2020, on the roles men and women play in the livestock production systems in Kenya, more specifically in Kisii and Meru Counties.

In Meru and Kisii counties, we used the “Gendered Feed Assessment Tool (G-FEAST), approach which entails facilitating Focus Group Discussions (FDG) to assess gender relations in households that affect animal feeding practices and uptake of improved practices. The G-FEAST approach allowed us to identify differences in opportunities and constraints in animal feeding between different household types. Briefly, the Meru and Kisii constitute intensive smallholder mixed farming in humid areas. Farming forms the mainstay of most households, for income generation and subsistence food. As such, questions during the discussions in this regions centered on farming characteristics including crop types, livestock species, household incomes and seasonal calendar of farming activities. 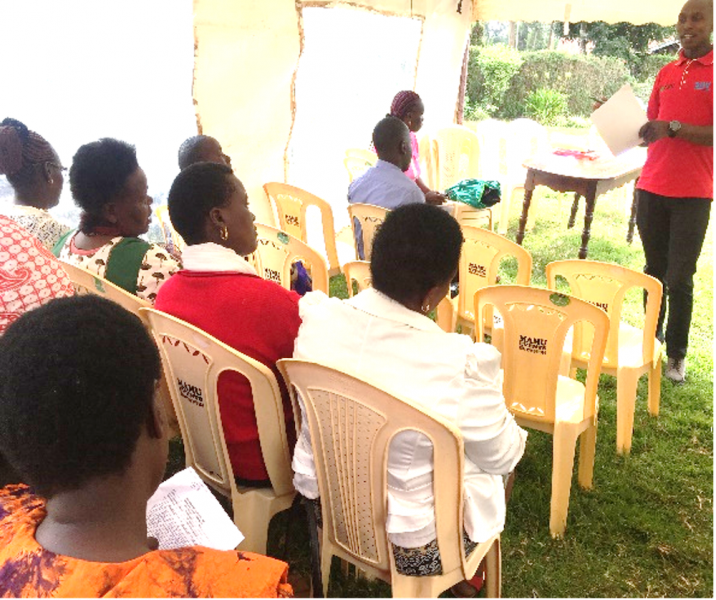 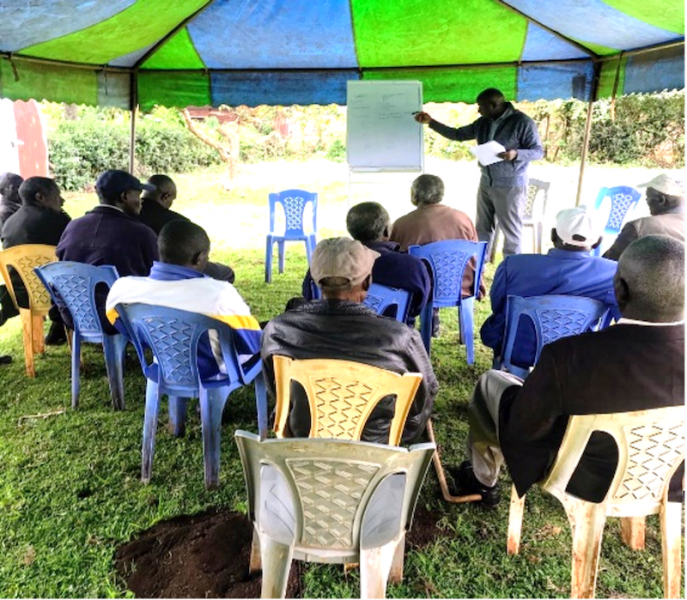 Land ownership and especially size of the land, emerged as one of the main factors for crop and livestock production. In Kisii, women consider a plot as small, if it is less than an acre, unlike men who consider that half an acre and below is small. Further, men estimate that about 50% of the households in Kisii own less than half an acre of land, while women thought up to 80% of the households own between one and three acres. These differences influence how men and women think differently about land allocation to farming activities.

While both men and women agreed that maize is the crop with most land allocation, the crop following maize differed, with women citing tea as the next most important crop, while men cited bananas. The crops therefore, likely portray the next important source of income by gender. Both men and women reckon crop production leads in contribution to revenue, followed by livestock and businesses, respectively.

On livestock feed, both genders reported Napier grass as the most commonly used fodder. When asked about the constraints affecting livestock production women noted diseases as first concern while men cited poor quality feeds. This may reflect differences in gender involvement in livestock activities, with men more involved in feeding and women not considering this issue, but all household members noticing when an animal gets sick and needs veterinary care. In addition, both men and women agreed that milk production was higher at the beginning of a calendar year and dropped progressively towards December attributable to inadequate feeding. Therefore, it is favorable to increase use of cultivated forages, especially towards the end of the calendar year. However, this requires capacity building on forage technologies, coupled with facilitating access to forage seeds by the farmers.

In Meru County, women consider plots as small if less than 0.25 acres, medium ranging 0.25 to 2 acres and large farms two acres and above. Majority of the households are in the small category comprising ≈ 80%. Men equally identify with the land size categorization including 75% of the households owing small plots.

In terms of animal feed, men perceive maize more important than Napier grass as a source of forage, while women consider Napier grass more important than maize. In addition, women mentioned the use of Brachiaria species (fodder grass) and oats for forage, while men did not. It is likely women, who appear to have more knowledge on forage crops than men, are more involved on forage production and feeding in the Meru area. With this limited knowledge on, and use of improved forage crops, there is room for improvement. Through awareness creation, capacity building and facilitating access to improved forage seed, improved forage cultivation and animal productivity can be increased.

Women perceived livestock the most important source of income and crop production the second most important source, while for men, this is the inverse. This is consistent with observations that men focus more on the cash crops and that women’s better knowledge of livestock forage crops. Both men and women in Meru perceive low milk prices as the greatest problem in livestock production, followed by high cost of feeding. This indicates opportunities for increased dairy productivity through the use of on-farm cultivated improved forage, forage cultivation for sale to dairy farmers and marketing of seed of improved forage crop species.

The G-FEAST assessments help us to understand the context and potential gendered differences in perceptions and importance of forage crops that may have bearing on uptake and use of related technologies. We believe that this understanding will better guide interventions e.g. promotion of improved cultivated forages e.g. Brachiaria hybrids geared towards improving the awareness and availability of forage and seeds of improved forage species, as well as develop sustainable and appropriate forage seed business models.

This project, funded by the Dutch government (NWO-WOTRO), is implemented by a consortium of partners, including CIAT, NaLIRRI, ILRI, KIT and private sector seed companies Advanced Crops Limited and Barenbrug Seeds, coordinated by KIT.