Its mission? To contribute to the secure long-term conservation of the entire banana genepool and hold the collection in trust for the benefit of future generations under the auspices of the Food and Agriculture Organization of the UN.

The ITC collection is also internationally renowned as the safest source of healthy banana germplasm. For material to be exchanged, it first needs to be freed of pests and pathogens including fungi, bacteria and viruses. The ITC tests its accessions and distributes only those that are free of pests and pathogens.

The material, freely available for international distribution upon request from the MGIS website, is shared under the Multilateral System of Access and Benefit Sharing.

In 30 years of activity, the ITC has distributed over 17,000 banana samples to researchers and farmers in 109 countries. On average, 75% of the samples go to users in the main banana growing regions – Africa (27%), the Americas (25%) and Asia and Pacific (23%) with the remainder sent to universities and research centres in Europe.

MusaNet is a global network of stakeholders striving to ensure the long-term conservation and utilization of Musa genetic resources. It provides a collaborative framework for the implementation of the Global Strategy for the Conservation and Use of Musa Genetic Resources.

The Musa Germplasm Information System (MGIS) is a database of phenotypic and genomic information on accessions of bananas (both wild and cultivated) conserved in field and in-vitro genebanks. On MGIS, you can search for or request  plant material.

Banana (Musa spp.) is one of the most ancient fruit crops. It originated in Southeast Asia and the Pacific region and was domesticated more than 7,000 years ago. East and Central Africa are a secondary center of diversity.

With a total world production of 145 million tonnes, plantains, cooking bananas and various types of dessert bananas constitute a key staple to millions of people, making banana the fourth most important food crop globally. As banana and plantain grow in all tropical and subtropical locations, there are hundreds of different cultivars.

However, over 40% of all cultivars grown worldwide belong to only one genetically narrow subgroup of dessert bananas – the Cavendish. The tendency to replace local diversity with a single high-yielding cultivar as a monocrop is increasing every year, even in smallholder fields, sometimes resulting in complete loss of local diversity. The risks associated with relying on one or a few genetically similar cultivars of a crop are well known, as the Irish Potato Famine demonstrated in the 19th Century. There is an urgent need to protect and further explore the diversity of banana, both wild and cultivated. A broad genetic base is necessary to make the crop more productive, resistant to pests and diseases, and resilient to climate change. 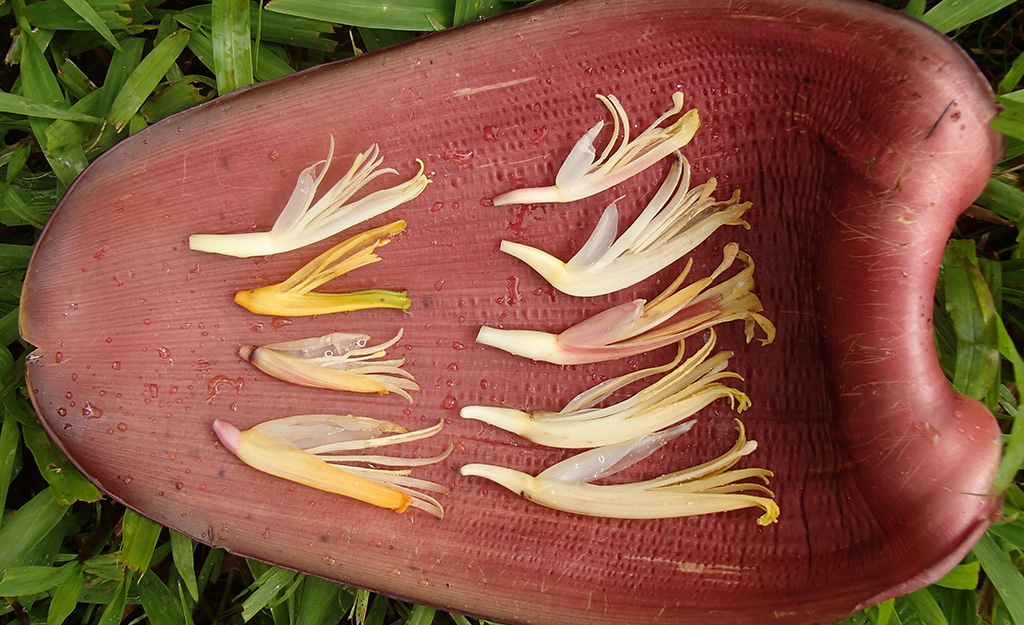 Scientists are testing banana varieties held in the International Musa Germplasm Transit Centre, Belgium, to see how each kind will fare in the African highlands climate. This type of climate is characterised by 'cold' nights and too little rain for the conventional banana plant – a climate recreated in a growth container with the help of Urban Crop Solutions.

When the study is concluded, the researchers want to be able to advise African farmers about which types of bananas would be best suited for their region.

Taking advantage of the banana reference genome sequence and Next Generation Sequencing technologies, the Alliance undertakes research to unravel the genetic diversity of banana and its associated traits conserved at the ITC. This research generates an unprecedented volume of important information for researchers and breeders.

The Alliance works with partners to evaluate the ITC material for important traits, such as resistance to biotic and abiotic stresses, and nutrient content. Examples of this work include screening the accessions for vitamin A content, resistance to drought and Fusarium wilt.